The journey was very long, as from our Heathrow to Rome flight to the Rome to Palermo flight we had about 2 hours waiting. We got to the hotel eventually though, and we were so amazed at how nice it was- we had sea and sunset views from our balconies. And it was so warm. England had a floor to ourselves in one block. All our balconies were separated by a tiny rail 20cm off the ground so they were basically connected to make one big balcony we could hang out on. 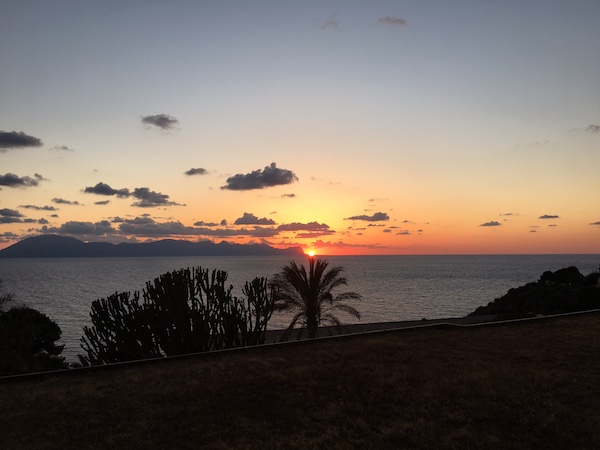 This was the day of the model event, which took two and a half hours to get to, which unfortunately meant we didn’t have much free time this day. It was an area right next to the ones we would be using for the long and middle races, and it was so beautiful. But it was really rough in most places in the forest. We thought the race areas might be a bit nicer as me and Rosie ended up walking most of the model event. It was good to take a look at what the areas were like and get used to what the special symbols meant. After we got back we had a while in the sun with the other countries, so I played cards in a pretty big group of Scottish people, and some Italian and New Zealand girls came to join as well and we taught the Italians how to play cheat.
That night we had a parade through Palermo and had the opening ceremony, but I think everyone was a bit too hungry to fully enjoy it. 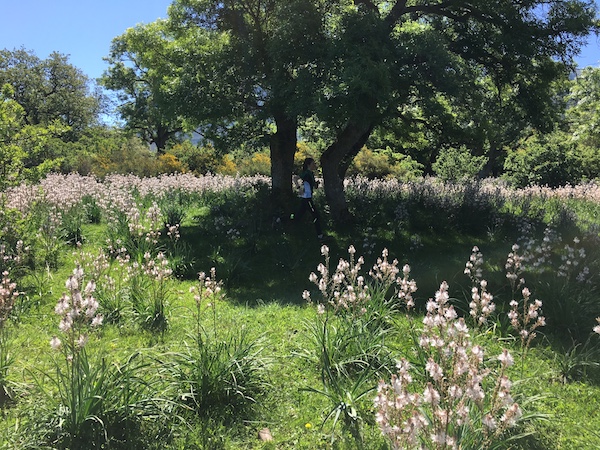 The long distance day. Once again we spent a lot of time on the coach getting there, but being in a fun team helped. I had a pretty bad run on the long. I spent 10 minutes stuck in gorse and thick bushes on the way to number 1, and it just carried on downhill from there. The forest was really hard to get through but I just didn’t learn and ended up a little far right on the way to number 4 but there was nothing to give it away so I went a long way downhill and struggled to get back up through the gorse next to a stream. Another fun day afterwards though, the radio sponsoring us played some music and we had a bit of a rave and it was so hot. Not hot enough to be grateful for the Latvian pouring water on everyone, though. 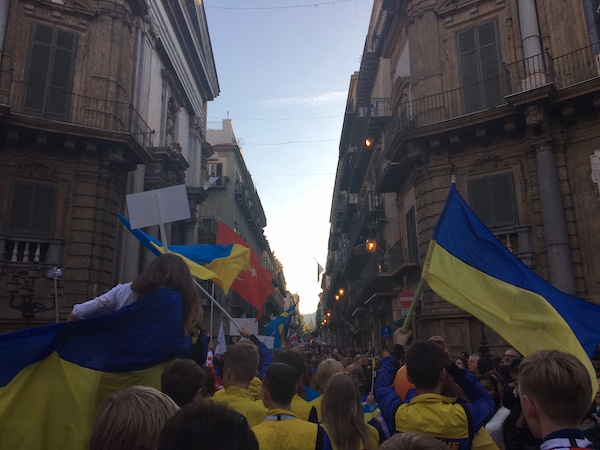 In the morning we went on the hotel’s slides. It was so nice but annoyingly the one into the sea was closed. We went in the pool after and had such a great morning. The friendship relay was today, around the streets of Palermo. We had a team of 3, with people from different countries. I was with a Belgian girl who luckily spoke fluent English, and an Italian guy who didn’t and we found it hard trying to communicate the plan to him, but they gave us an hour to do so and we managed to make a plan we all understood. The relay was very fun, if not a little scary as there were a lot of people starting at once and quite a few people fell over. Our team did quite well, and it was good to make friends.

This was our rest day. In the morning we had a tour of Palermo and grabbed some ice cream as it was really hot. We went swimming again afterwards. In the evening we had the cultural evening where we walked round visiting each country’s stalls and trying things from their country. We also watched a performance from each country. England’s was Morris dancing.

This was the day of the middle distance race. I was having a good race until I was distracted by my slightly lost Scottish friend at #6, so I assumed if she’d been looking for ages it wasn’t there even though I was right next to it but couldn’t see it in the green. I wasn’t unhappy with my race though and we enjoyed the sun afterwards. I also swapped my kit with other countries, so I’ve now got a New Zealand top, a Spain top, a China top and a Poland jacket.
In the evening we travelled to the other hotel for prizegiving and a short-lived farewell party of 20 minutes. It was a shame it didn’t start until very late because it’s meant to be a highlight.

Thank you to AIRE, YHOA and the Jack Bloor Fund for helping to fund this amazing experience of an international race which made me appreciate the international value of sport. 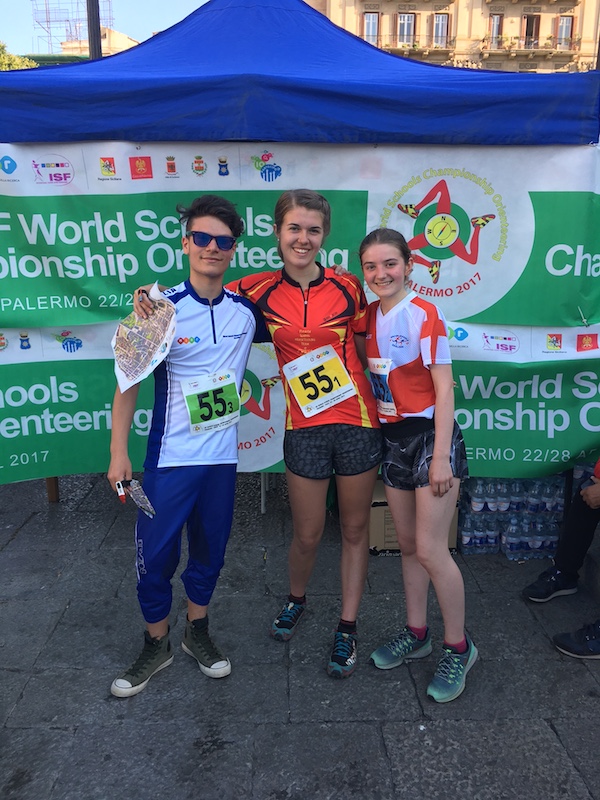