Lagganlia is a week-long orienteering training camp near Aviemore in Scotland for top year M/W14s and some M/W16s. It has been a goal of mine for a very long time, and I was really pleased when I found out that I was selected.
The train journey to Aviemore was a long and tiring one, but as I met up with some of the other athletes in Edinburgh, including my friend Laura Harrison (also from Yorkshire), it wasn’t so bad and I got to know some new people. We were taken to the Lagganlia Outdoor centre on a minibus, then shown to our rooms. After this we did some exercises to get to know each other- which mostly involved throwing teddies across the room saying names. It was quite funny and by the end of the day we could put a face to every name.
This year was unusual as there were 14 boys and only 7 girls- but it was quite good in a way because all of us girls became good friends and we were always all together.
Day 1 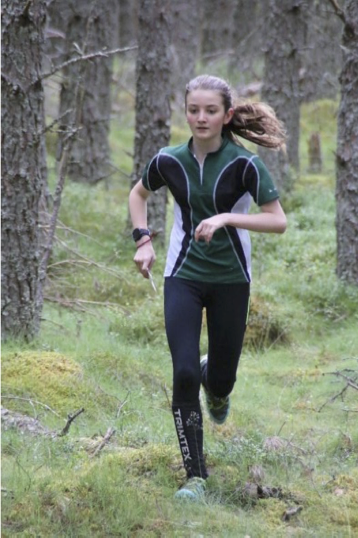 We had a reasonably early start on Sunday to fit in a morning load of training at Uath Lochans- an area which, like most, was not far from the centre. We practised drills and worked out our 100m pace on a track and in terrain to start off. Then we got into our groups- mine being me, Rosie Spencer, Peter Molloy and Matthew Gooch. We were coached by Roger and Pippa. We did courses to improve bearings and aiming off. I was shadowed for the last half of aiming off by Pippa, and by Roger on Bearings. This meant they could give me useful feedback to help me improve. We finished at Uath Lochans with a star relay to utilize our skills in a competitive format. Unfortunately, my team had an issue because my teammate didn’t put our little cow toy at a control (he guessed and threw it) and he had to show me where it was- losing us lots of time. However, it was still a fun experience.
After going back to eat our sandwiches, we were driven to a new area- the checkerboard at Intriach. We used a very small scale map and combined with the difficult area to relocate in, it meant we had to keep our focus and the exercise was designed to work on not getting distracted. It was a fun day and we were starting to get to know each other.
Day 2
We were driven to Loch Vaa in the morning, where we started with a map walk in our groups to help us understand the area. The open area was very vague and it was quite hard navigating through the courses we picked out, however the small area of wood was quite nice and easier. We were focusing on simplification today- meaning we had to try make the legs easier. We also practised a little map memory.
For the afternoon we moved to North Granish- a similar area. We completed our sketch map courses. Drawing the maps ourselves meant we only needed to put
on the detail we felt was necessary- simplifying the legs. Mine was quite successful in the end. We put the skills into practise in a relay around the area. 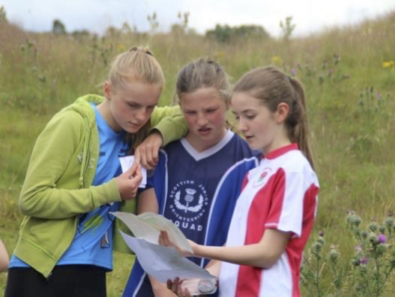 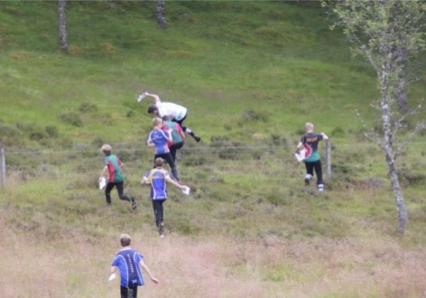 Day 3
For the third day we went to an amazing area of forested sand dunes called Roseisle. It was an hour and a half drive- but definitely worth it. Here we practised more simplification, focusing on using attackpoints and catching features. We also did a control pick and long legs course. I was starting to get quite tired out by this point. We did an odds and evens relay where we had two maps and had to get all the controls between the three of us. Finally, we did a short race up and down two sand dunes with two people racing in opposite directions. I somehow managed to get the fastest time out of the girls for this. To top off a really nice, but tiring training day, we went over to the beach for a bit of fun. 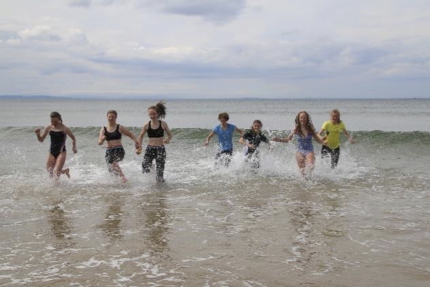 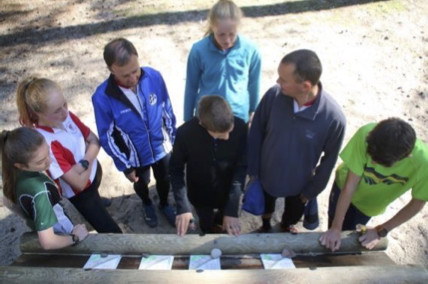 Day 4
The fourth day was known as the rest day- but I don’t think it qualifies to be that. We began the day with the Lagganlia Sprint Champs qualifiers on Moor of Alvie. They had a silent start and quarantine to get us used to pressured race situations. It was an interesting course with butterfly loops. I didn’t find it to be much of a sprint in the bilberry bushes, but it was short and fun. I finished fourth- qualifying for the A final. The final was held at Badaguish outdoor centre with the same set up and focus on race preparation. I finished in 3rd- medal position! After the race we all had a go on some rings across the river- most of us falling in. Then we went swimming in a nearby Loch. It was freezing! We finished the day with a short trip into Aviemore where all us girls went for a much needed hot chocolate. 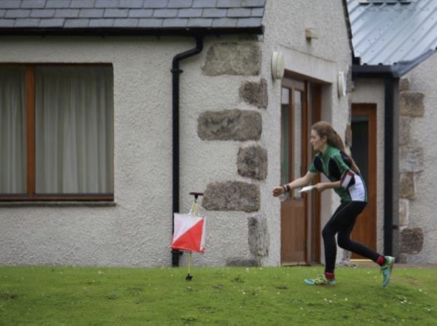 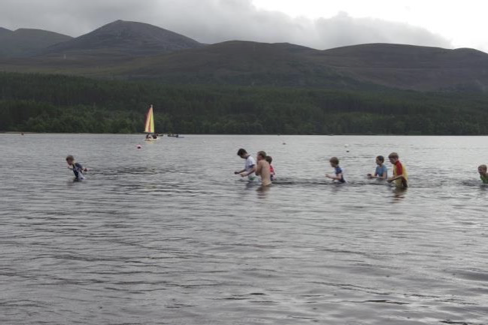 Day 5
This day was when all the difficult training started to hit. We were all really tired. The day started off with time trials- 1k along a track and 1k in terrain. The terrain one nearly killed me. After this we did some map memory and talk-O exercises to make us think about our route choice and to simplify it to make it easier. I also did a two- minute sketch map which I actually drew and executed quite well- it was probably better than my 20-30 minute one from the second night, which shows my improvement. It started to rain during training for the first time all week- which was pretty good going. After this we moved on to the peg relay which was a fun one. All in all, it was a fun day, but we were a bit wet, cold and tired by the end. 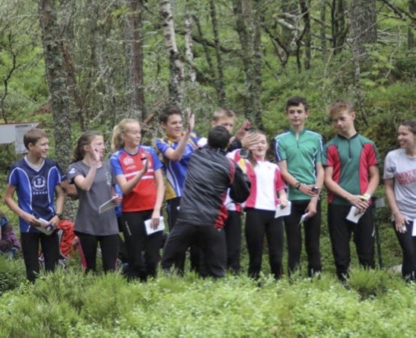 Day 6
Today was the day of the all-important Lagganlia Classic race- the perfect opportunity to put all the skills we gained into practise. Again we experienced silent starts and quarantine. It was a very technical course with tough undergrowth and a lot of contour detail. I made a mistake on number one, which was a bad start, but I picked up after that. That was until no.3 where I messed up because I got distracted. I was quite annoyed with myself but I tried to carry on normally. I finished the course in 55 minutes, taking second place. Lizzie, however, did around 45- only 4 minutes behind Julie Emmerson who is a GB athlete from JWOC this year. I really enjoyed the course and the technicality. 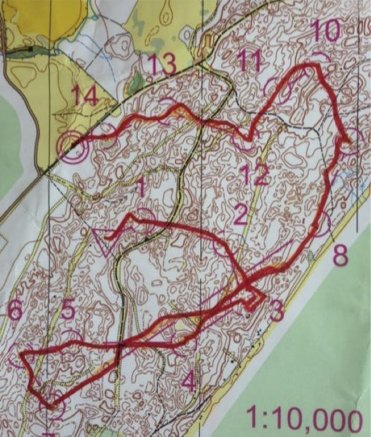 The map with my route drawn in pen
We came back to the centre to do a fun balloon relay- me and one of my teammates both popped it on our first leg, but we weren’t disqualified because we didn’t pop it a third time. After tea we had the camp awards a little Lagganlia Olympics with fun events, while we tried not to be bitten to death by midges.
Lagganlia was an experience I could do again and again. It was so much fun- and it was great to meet everyone else in my year. I’ve made some really good friends and we are all counting down the days to when we will next see each other at the JIRCs! I am really pleased with how I’ve improved my orienteering and I also feel a lot physically fitter. I did over 40km during the 6 days of training and racing.
I have to say a huge thanks to all the coaches and especially those who organised the tour. Also a huge thanks to the cooks, who never failed to provide us with delicious meals throughout the week. I also want to thank my club (Aire) and the Jack Bloor Fund for providing me with funding towards the tour. Photo credit to Wendy Carlyle.
Evie Conway