EYOC 2016 took place on the 1st-3rd July in Jaroslaw Poland. We arrived late on Wednesday and spent the next day training on a model area. This allowed us to see how they’ve mapped the features and whether they’ve mapped all the detail or not. Unusually the first day of competitions was the long race on the Friday, whereas usually the sprint is first. I handled the heat well throughout my race and chose fast easy routes, meaning I made very few mistakes. I came 14th which I was over the moon about. My goal was to have a clean run and make no big mistakes and that’s exactly what I did!
The next day we woke up to yet another hot day, with temperatures reaching 32 degrees. This along with the spurs and gullies made the relays physically very tough. On w18, Emma Wilson went out on first leg. Laura king on second leg had a great run coming 10th fastest on her leg, whilst running on her own. I had another solid run on 3rd leg. our team finished 14th.
After the relay we had a team meeting to discuss what went well and what we could’ve done better. We thought about things we could do differently in our sprint race. We then had a party with all the teams. We played football with the Norwegians and made some Austrian friends. The next day it was time for the last race- the sprint! The area initially appeared to be relatively simple but temporary barriers provided a challenge, especially when choosing route choices. The barriers caught me out and I lost a lot of time. it was a disappointing race for me. However Laura king came a fantastic 17th in w18.
By the end of the weekend, Great Britain had 2 athletes on the podium, with grace Molloy in 4th and Ali Thomas in 5th. Thank you to all the coaches and to everyone who helped to fund this trip and thank you to my coach Nick Lightfoot who put in a lot of time to help me. 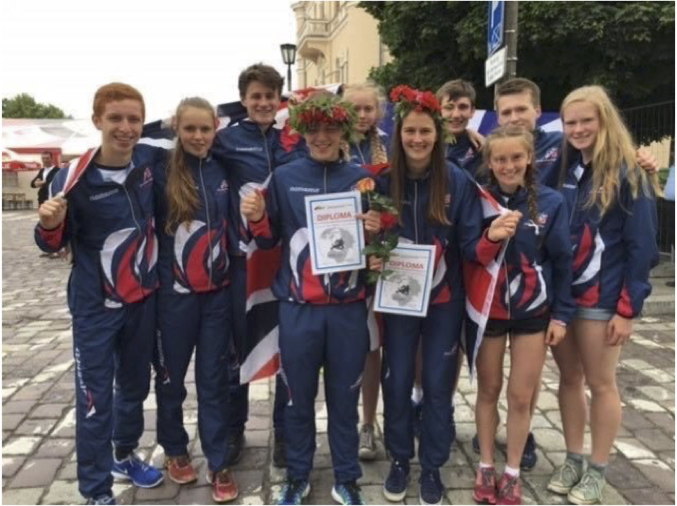 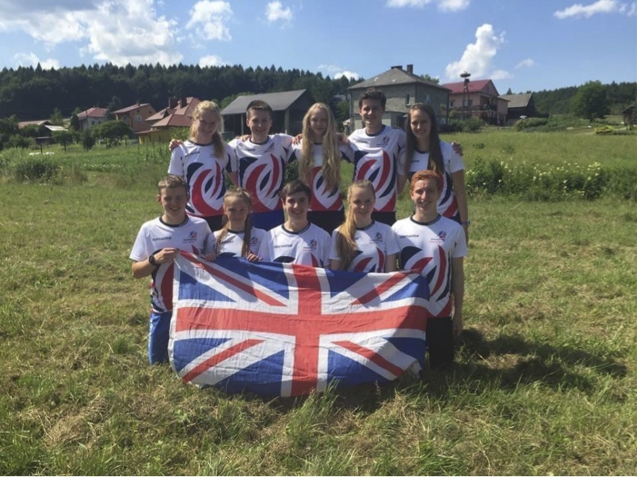 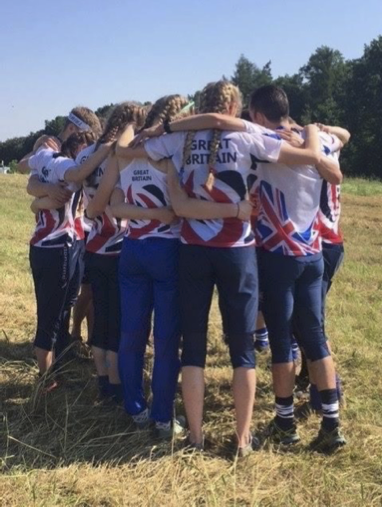