In October I represented Great Britain at the Junior European Cup (JEC) in orienteering. I was only able to do so with support from the Jack Bloor Fund whose generous donation helped me to fund the trip. The competition was based in the Harz Mountains in central Germany with a sprint, long distance and relay races. Drawing 17 international teams and the best juniors from across Europe I was looking forward to challenging myself in the physical German forest.

We flew into Hannover airport on Wednesday evening and drove the few hours to our accommodation, a youth hostel close to the town of Bad Harzburg. On Thursday we travelled to two model areas that were similar in terrain to the long and relay races. This gave us the opportunity to see what sort of challenges we would face during our races. Both areas had a significant amount of rock, and many steep valleys and hills. That evening we discussed what to expect in the forest before focusing on the following days race – the sprint.

The sprint was held in the town of Bad Harzburg. Prior to the event we had looked at old maps of the area so had a good idea of what to expect. I had even planned some legs on the old map that were almost exactly the same as those we raced on the day. My race went well and other than one control on which I took a sub-optimal route choice I didn’t lose too much time. I finished 38th, I was pleased with my race in particular my navigation, but lacked the speed to match the top runners.

The long race was on an area called Huneburg, that had been used for the World Masters Orienteering competition in 2012. The day of the long race brought temperatures of minus 1 with significant wind chill. The area had many steep hills and an extensive path network as well some large rock features. My race started well with only one mistake, but having fallen striking my knee on a rock about half way around the course I struggled during the second half. I ended the race disappointed that I hadn’t been able to perform to the best of my ability, but content to have completed the physically challenging race! I finished in 39th position. That afternoon I went for a jog in an attempt to loosen off my knee, though it still felt very stiff.

The next day I arrived at the relays ready to race but after a few minutes of hobbling and trying to put weight on my knee I realized running was out of the question. Luckily Thomas Wilson a team mate was able to step up and run in my place. I was gutted. Missing out on any chance to race for your country is heart breaking and watching the other lads race as a team was tough.

Overall whilst I didn’t achieve everything I had hoped for at JEC 2015 I was pleased with two technically solid races. It was also great to get more international racing experience. As a bottom year in the under 20 age class two top 40 finishes against the best Juniors in Europe was promising. I hope to race again in 2016 when I am the oldest in my age group and JEC is being held on (nearly) home terrain in Scotland. Whilst my knee injury has proved troublesome since JEC; I hope to be back and fighting fit to defend my under 23 title and enjoy competing at my favorite fell race the Jack Bloor.

Once again I’d like to support the fund for their continued support. 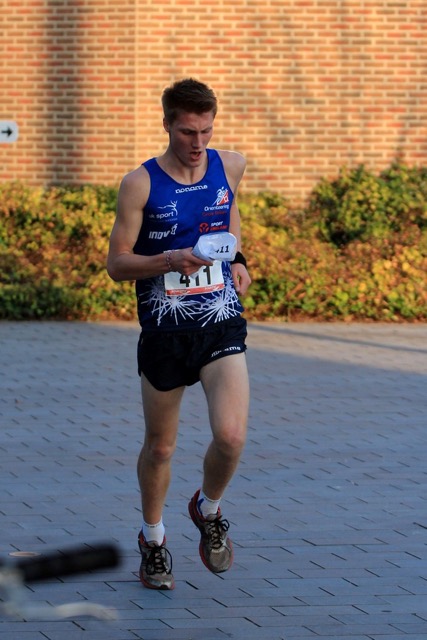