Thank you to the Jack Bloor Fund for supporting my trip to the World Schools Orienteering Championships. As you will see from my report below, the opportunity enabled me to experience running in new types of terrain and develop my orienteering skills in a warmer climate which should be very useful for the future.

Attending the World Schools Championships in Kemer, Turkey, was an incredible experience. There were 540 athletes from 22 different countries from as far as New Zealand and China.

The first day consisted of waking up at seven after three hours of sleep, due to various delayed flights the day before, and heading out to for the model event. The area was based on the cost in a beautiful bay that was riddled with ancient ruins and arches. The area was set up like the competitions would be on the following days so we could get an idea of the layout. The actual area varied from a small section of fast sand dunes to very steep slopes that were rocky underfoot. They had put many controls out and we were given the freedom to go around at our own pace, which in my case was very slow considering the sleep deprivation. This area was mapped by the same person as the competition areas so it was useful to see what was mapped and what wasn’t. For example, I learnt that Turkish boulders were much bigger than english ones so what for me was a relatively large bolder was like a pebble for them. After training we went paddling in the sea and some of the England Squad even reported sightings of a tortoise!

After returning to the hotel to have a massive buffet my excitement to explore the pool and beach made me forget how tired I was. Next we were to take part in the opening ceremony which consisted of a parade of all the countries through the town of Tekirova, many Mexican waves and various performances from Turkish dancers and drummers. It was quite a spectacle.

The next day was the day of the Long Distance event. The area was hilly and rocky but also had lots of thick vegetation which made route choice interesting. The heat was also a limiting factor so unusually the people with earlier starts probably benefitted in that sense. I was racing a Turkish girl who was clearly not effected at all as she sprinted in with not merely a drip of sweat. Our W1 select team had done really well, managing to cling onto first position, 30 seconds in front of Austria and a good few minutes ahead of the Swedish team which surprised us all. The evening was spent by the pool and on the beach with maybe a tiny bit of revision.

The cultural day started with a huge foam party in the morning to wake us all up. We then had to get down to practicing Morris Dancing for England’s cultural performance. The performances varied massively from the traditionally French can-can to New Zealand doing the Haka.

Next was the Middle Distance race, which for me was quite frustrating. I was so close to having a good run apart from one leg which cost me 4 minutes. Other than that leg I really enjoyed the course. Despite it being extremely close Austria just beat us to the top of the podium so we had to settle for second which was still more than any of us was expecting!

On the last day we got to take part in the friendship relay. This consisted of three people from different countries forming a team to do a kind of sprint race around the town of Kemer. I was with Megan Ricketts from Scotland who I was already good friends with and a Ukrainian boy. We had 45 minutes to plan who was going to collect which controls including three controls which we all had to meet up at and punch at the same time. My first control seemed to be a very popular choice so in the end a 100m leg took me 6 minutes as I tried to dig myself into the middle of a crowd to get my dibber in contact with the box. That’s where an air dibber would have come in very handy! Anyway I’m not too sure where my team finished in the end but it was a great experience especially having to overcome the language barrier, which lucky for me only affected one member of the team as english was the main language spoken. After the relay we all had the chance to swap some team kit with other countries. I managed to get a top from New Zealand and from Portugal.

After the closing ceremony which included more dancers and even a bike stunt man, we had the farewell party which was amazing. However we didn’t get into bed till 1am only to be hold we had to get up at 2am for the coach back to the airport. After various flights and trains I arrived home at 6pm after what was probably one of the best weeks of my life.

I have made so many new friends from many different countries who I hope to stay in contact with and have experienced such great new terrain and cultures. I would definitely recommend any Junior orienteers to try get selected as it is such an invaluable experience. 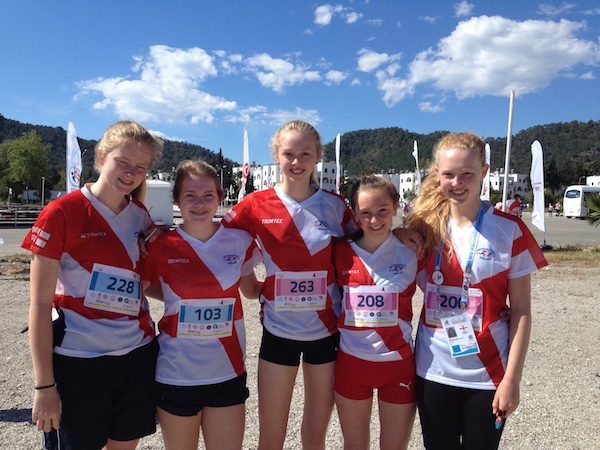 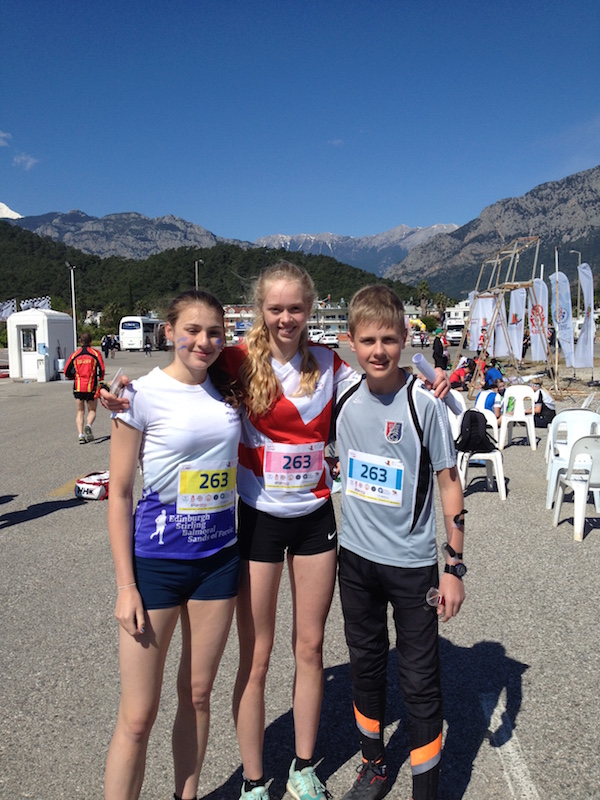 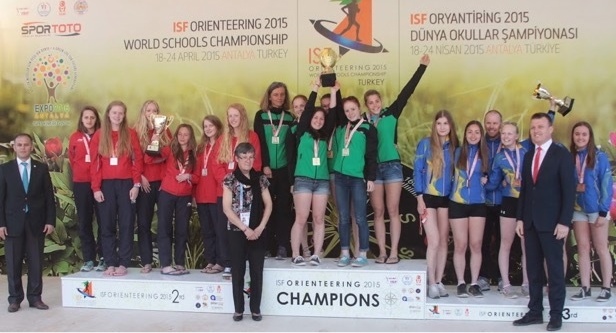