On the 22nd of July this year I finally stepped foot on the plane bound for Delhi, the first step of an adventure I had been planning for a long time. Way back in the previous summer I applied for and was accepted on to an expedition headed for Ladakh, in Northern India, the aims of which were to explore and investigate the geology of the area. I was immediately drawn to the idea of combining my interest in science and learning with my love for mountains and exploring.

Arriving in India was a bit of a culture shock. Coming out of the cool, air conditioned airport was like walking into a wall of heat and noise. There were people everywhere shouting and scurrying about, and it got even more chaotic when we reached the roads. Driving in India is a nail biting experience, overtaking as many people as possible whilst narrowly avoiding oncoming cars seems a crucial part. As is continuously beeping your horn. I felt a great sense of relief when we reached base camp and were no longer at risk of crashing, breaking down or falling off the narrow, steep sided roads; and it was definitely worth the journey.

Base camp’s location was up a 4800m in a huge isolated valley surrounded by high peaks and glaciers. There we split into groups of 14 which were known as fires. Our fire was involved in exploring the geology of the area and trying to explain how the valley had formed. The first 3 weeks were spent studying the outcrops surrounding base camp and identifying the types of rock. This was done by looking at the physical characteristics of the rock and plotting it on a map. By the end of 3 weeks we had visited 11 outcrops and were able to use the data collected to draw a cross section of the valley and form our conclusions. The results showed a repeated banding pattern of different metamorphic rock types up the side of the valley. This led us to believe there were a number of faults in the area causing a phenomenon known as piggyback faulting where one bit of land is thrust up on top of another. Erosion down by the river has exposed the layers of rock to the open air. I learnt a lot in these first few weeks and we were lucky to have somefantastically knowledgeable science leaders with us. 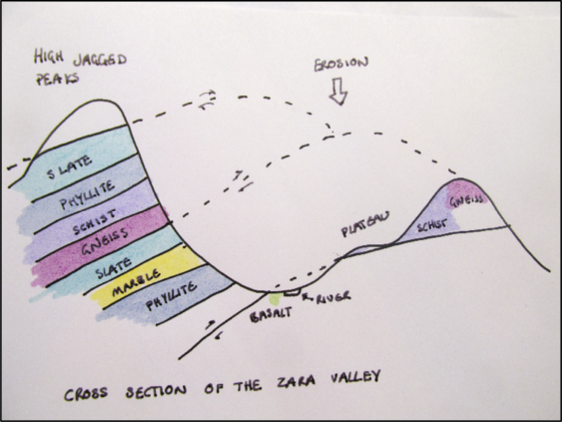 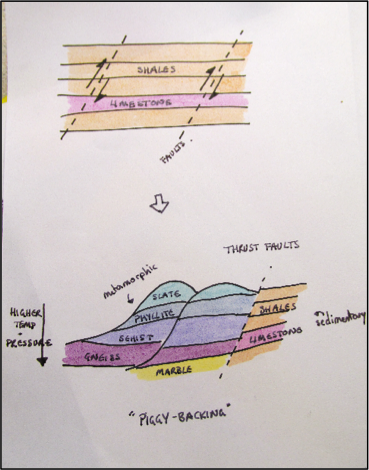 For the final 2 weeks the expedition focus switched from looking at science to exploring the valley further and climbing peaks. This phase presented us with challenges and gave the opportunity to really push ourselves and develop our skills. One thing we were all excited for was reaching the top of a mountain. Adjusting to the altitude took longer than expected. It gave a constant feeling of breathlessness, so it was a couple of weeks before we finally made it to 6000m. The views from the tops were stunning and worth the wait. The difficult terrain surrounding base camp and the heavy rucksacks made the hiking particularly hard and regular rest stops were a necessity. Of course it wasn’t all hardships, there were some great rewards too. 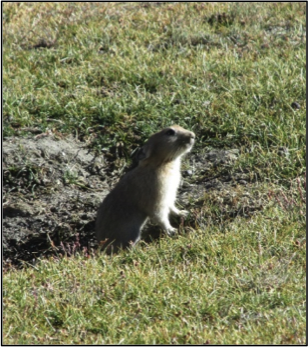 Learning how to use crampons and climbing up a glacier was fantastic and unlike anything I’ve experienced before. There was also a surprising abundance of wildlife. There were many more plant species than expected and, close to the rivers, it was often quite green. The animal life was pretty amazing too, we saw lots of enormous birds of prey including what we thought were Golden

Eagles. There was always a shout of joy and rush for the binoculars whenever birds were sighted. The smaller mammals also provided lots of entertainment as we were surrounded by Pika and Marmots. Being in such a remote area was a fantastic experience, we saw some breath-taking sights. This gave us all a great opportunity to use our cameras and try out some of the techniques we had been taught. Throughout the expedition I felt a constant sense of wonder at being in such a spectacular place and took many, many pictures to remember it by.

After months of hard work and planning it was amazing to have finally reached my goal. I found this expedition to be an extremely rewarding experience. As well as opening my eyes to a new culture I really stretched myself and developed confidence in my abilities. I am very grateful for the support given to me by the Jack Bloor Fund and everyone else who assisted me, I couldn’t have done it alone.