My last race for GB as a junior inthe Lommel region of Belgium started with travelling very early on Thursday the 1st with a 3.45am alarm for a 6am flight. The morning was spent relaxing and sleeping and eating in Brussels airport before meeting the rest of the team coming in on different flights. After a long day travelling only a few people went and ran the model but after an early night me and some other W20s headed down to look at the terrain. We jogged around some controls for 25/30minutes and then discussed what we thought of the area etc. Sandy forest with some areas of contour detail and other areas very flat and featureless.
Friday evening was the first race – Sprint. Due to start blocks being decided the day before I had been given the first start (of every competitor!) at 5.30. Straight into the area and the course demanded some quick thinking but was very running dominant. I was trying my hardest but one change of plan and lapse in concentration 3 controls from the end and 1min30 lost! Disappointing to be so close to a decent run. Final result was 40th.

After an early night to try catch up on more sleep it was time for the Long distance. Now this is more my cup of tea and I was really excited! Somehow an early start block had again giving me a very early start – 10.32! So there was in fact 1 W20 ahead of me but considering a start block is 30minutes I was pretty unlucky! I didn’t let it get to me and ran my own race, overtaking the Russian girl who started at 10.30 by number 2 and hitting control after control bang on. Through the spectator I was tiring mentally and physically but pushed on and tried to stay in control. Unfortunately at control 30 (out of 33!!!) I was distracted from my bearing and lost 3 minutes. I was pleased to finish after 75 minutes and then cheered everyone else in, especially Alexander Chepelin who came a fantastic 2nd in M18! My final result was 21st and best W20 British result!

Relay was the final day and I was in a team with Lucy Butt and Tamsin Moran, 2 other final year W20s who I have grown up with so that was good. I was second leg and went out a couple of minutes down but still in contention with a big pack just ahead. It went well until the final loop after spectator and I lost 5 minutes on 2 different controls which I was disappointed about. Team final position was 9th nation.

After a relaxed afternoon we travelled back and reflected on our races and the weekend as a whole. I had such a fun weekend and after having surgery in February involving a lot of time resting and doing rehab I was just pleased to be back racing! In January I move up to senior racing so I’m not sure what’s coming next but I’m excited for a winter training in Edinburgh!

Many thanks have to go to the Jack Bloor Fund for helping me with this trip. 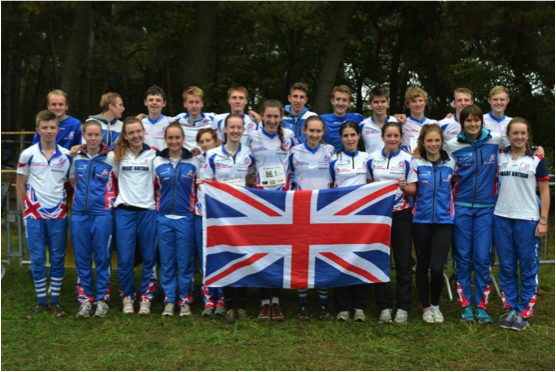 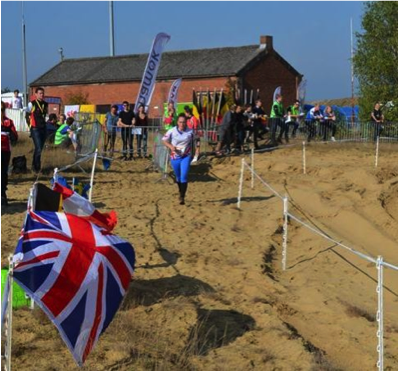