In 2018 my major orienteering goal was selection for the World University Championships which was being held in Finland. As this was my second year as a senior the World championships still seemed far out of reach and as such World Uni’s provided a perfect opportunity to get more international experience during my transition towards senior competitions. I worked harder than ever this winter and raced well at the JK finishing 9th overall in M21 Elite and finishing 12th at the British Long Championships. These are my best senior results to date and I felt that I had made a big step towards closing the gap to the very best British orienteers. These results also put me in the top 5 under 25’s good enough to secure a spot in the GB World University’s team. 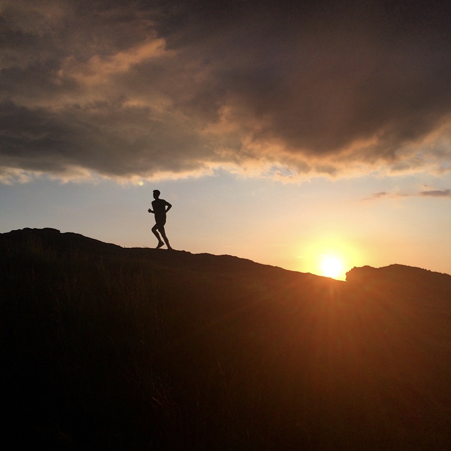 Exploring Edinburgh before the British Long-Distance Championships at Balmoral.

From the high of selection, I found it a real battle to make it to the competition in my best shape. I was working super hard to complete my masters, with exams and coursework deadlines falling either side of the competition week. Non-the-less as the team gathered at Edinburgh Airport I was determined to perform as well as possible and enjoy the week to the max. I also kept in the back of my mind that this was all part of my development and I’d still be under 25 and eligible for World Uni’s in 2020, to be held in Russia. Whatever happened this week I would learn some valuable lessons and enjoy the experience!

I had been selected for the Middle, Long and Relay races. This meant that on the first day of competition I would be spectating the sprint relay and most importantly cheering on my team mates. The team consisted of Cecilie Andersen (Oxford), Johnny Crickmore (Herriot Watt), Alexander Cheplin (Edinburgh) and Megan Carter-Davies (Bristol). After Cecilie got off to a great start the team ran well to eventually finish in 4th place, just a matter of seconds away from a medal! Everyone was tired including the enthusiastic spectators but so proud and motivated for the rest of the week! My first race was the middle distance, held at Lapua in scorching heat! Despite starting well, I lost map contact in vague flat terrain, making a parallel error on my way to the second control.

Error at 2: Having lost direction in the flat area of light green low visibility marsh (1.) I saw crag (2.) believing it to be crag (3.) and so ended up too far left with nothing to relocate off.

I hadn’t lost too much time, but I remember feeling like I’d already thrown away any chance of a good result. I made a few more micro-errors as I rushed on, hoping to salvage the poor start. Any orienteer will tell you that you must put such mistakes behind you, it is not possible to make up lost time. However, this is always a challenge when the stakes are high at an international race that means a lot to you! By about half way around the course I made the decision to retire. My reasoning was that I still had two races later in the week and in the intense heat I would do well to save myself for those races. Afterwards I felt terrible and wished I had persevered, if only for the experience.

The next day was the sprint race, I wasn’t racing so took the opportunity to relax and watch the online TV coverage. The best British results came from Alex Cheplin who came 5th in the mens’ race and Katie Reynolds (Bangor) who came 11th in the womens’ race. The final two days of competition were the Long and relay races. The long race was tough, with difficult navigation, energy sapping heather and steep climbs. I tried hard throughout the race, avoiding any large mistakes. It was a much better performance than the middle but far from perfect. I finished 51st. Whilst this was a step in the right direction I knew I could still improve for the relay race! The best results for GB in the long came from Ben Mitchell (University of Western England) who was 30th and Megan Carter-Davies who finished 15th. 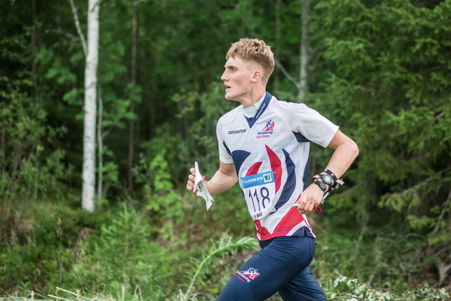 After the long race all attentions turned to the relay. My team consisted of Nathan Lawson on first leg, then myself before Matt Elkington on the anchor leg. Nathan and I were current Sheffield University students and Matt was alumni; Sheffield Uni were taking on the world! Nathan fought hard on the first leg, coming back in 18th place just behind the main pack, a solid start. I felt none of the pressure I had experienced before the individual races and as soon as I started, my orienteering began to flow and I could push hard. I was smooth and able to ignore the other runners in the forest around me. My race was almost perfect, I felt like I had finally mastered the Finnish terrain! I handed over to Matt in 13th having made up 5 places and so relieved to have finally put together a good race. Matt was in a small group of runners from 8th to 15th place with all to play for. He raced so well, holding his own in the field of world class orienteers, eventually finishing in 10th. With each country allowed two teams but with only one counting, 10th place translated to 7th Nation overall for our GB/Sheffield Uni team! 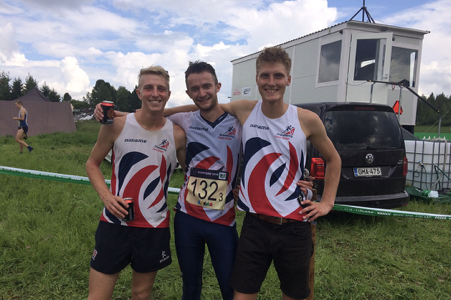 In typical student fashion the week ended with an awesome beer race and a great party for all the teams. The week hadn’t turned out exactly as I’d hoped but on reflection and based on my preparation I couldn’t be too disappointed. I had struggled to interpret the Finnish maps which use 2.5-meter contour intervals meaning all features on the map are much smaller on the ground than expected for those of us used to 5m intervals, standard in Britain and most of Europe. I was glad to have proved to myself, albeit at the last opportunity, that when things go right I can compete with the best orienteers. At 22 I was one of the younger runners at the competition and I’ll have the opportunity to compete in Russia in 2020. I plan to return fitter, stronger and more prepared to handle the navigational challenges that a new region can present!

I’d like to thank the entire British team who made this an incredible week. There was always a laid-back atmosphere in the squad with no one taking themselves too seriously, we looked out for one another and everyone spent the week laughing! Our accommodation at the Kuortane Olympic training village was incredible and we spent many great afternoons swimming in the lake and chilling out on the beach. Thanks to our coaches Mark and Alice who do an amazing job, they are always enthusiastic about orienteering and looking after their team. I’d also like to thank Sheffield University, Airienteers and the Jack Bloor fund whom I once again turned to for financial support. None of this would be possible without your continued support!

This has been a much belated report on what was an amazing week in Finland. Upon my immediate return I was quickly under the cosh as I attempted to finish my Masters. Thankfully it went smooth enough! The next big change in my life was moving to Australia, Melbourne to be precise! I am under-taking a 6-month scholarship as the Coach in Residence for Orienteering Victoria. This is a great opportunity for me to experience another part of the world and try to deliver a coaching plan for local orienteers. Not only is this a chance to improve others, but also myself. This may be the closest I will every come to being a full-time athlete. I have so much time to train hard, look after my body and race in new terrains, all whilst avoiding the British Winter! I’ll be back in time for our domestic races in April and look forward to another competitive season of orienteering and fell running! I hope I can end the year even closer to the ultimate goal of World Championships Selection.