After seeing my running improve significantly over the 2016/17 season I was very grateful to receive support from the Jack Bloor Fund to start the summer off on a high with a training camp to Vilamoura, Portugal. This is my end of year report, detailing how this opportunity to train abroad helped propel my running forward in the pursuit of an England running vest.

The lead-up to the training camp

The lead up to the camp itself was a little bumpy so to say. Knowing the week in Portugal would entail some big mileage, I had been spending the previous 6 weeks building up the mileage to condition my legs. On par with this was transitioning to track running, as this would form the basis of the week abroad as well. The first three weeks went well moving from 50 to 60 miles a week, but three weeks before the camp, a 1500m track race at BMC Sportcity aggravated plantar and heel pain. Whilst nice to win with a PB with, two weeks rest were the result. Luckily physio and rehab meant that I was back running a week before Portugal with a 50-mile week and ready to hit the sunny miles. 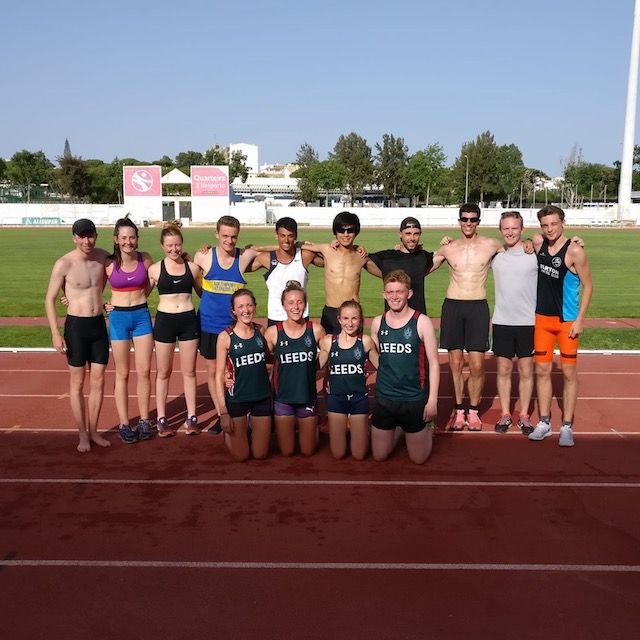 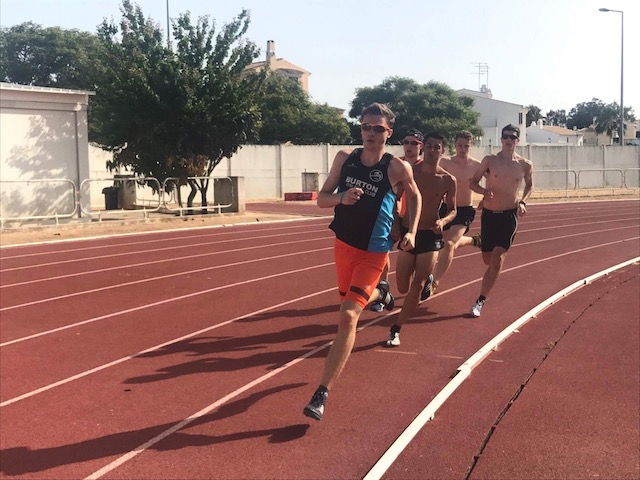 The weeks running was to follow a simple pattern. Days would commence with an easy 4mile run at 7.30 or 8am before the temperature rose too much. More than anything this run was designed to loosen off the legs as a form of active recovery and prepare them for the harder work in the evenings. We tried to keep these runs off-road which meant incorporating some sandy trails and golf courses. In the evenings, the harder sessions and runs were scheduled. With 6 days to play with this lead to two key track sessions and one tempo run, the remaining evenings either a second easy run or rest if needed.

In a stroke of bad luck, the first day had a stressful start with a breakdown leading to a missed flight and 11 hours to kill at the airport. Feeling guilty not to be getting in an evening run I did what any crazy runner would….drills and conditioning outside the entrance to Stanstead airport, featuring some strange looks from members of the public. One perk of missing the flight however was arriving to a villa with a fully stocked fridge.

Whilst there is so much to talk about regarding training in Vilamoura, it is the track sessions which were the biggest benefit of the week. The two sessions had different focuses. The first session composed of 3x1000m off 2.30, 2x800m off 90, and 2x400m off 60s with reps being run between 3k and 800m pace as the distance decreased. In 30OC heat this was certainly a shock to the system on day two but the reps accurately got quicker, even though we all felt sicker. What made these particularly good was the composition of the running group. The group was formed of a more track-focused cohort, so whilst others did 800s and 600s for the first two sets I opted for an additional 200m solo on the end of each rep in prep for longer races. Not wanting to be dropped however this forced me to hit the reps hard and a strong session was the result.
The second session was an eviller session so to speak involving quicker lactic inducing reps. 5x (400m, 30s rec, 200m) was the set with 5 minutes between. Let me just say 5 minutes of rest went in a blur by the closing sets and that second 200m was arguably harder than the 400m. Having stopped after 4 reps the previous year during this session to throw up, I was proud to complete the whole session with 58s and 28s held on the reps.

Besides the quality track sessions there were definite perks to training in Vilamoura. There was no shortage of routes for beautiful early morning runs and the weather was bliss. The villa we stayed in was also perfectly located near to the track, shops, trails, and beach. With training scheduled in the mornings and evenings we were able to explore the town and harbour, relax on the beach, engage in leisure sports and cool off in the sea during the day. This provided time to recharge, as well as countless opportunities for strengthening and stretching, preparing us for the evening sessions. Vilamoura also hosted a virtually unused Olympic sized pool. Swimming helped to take the load off my joints allowed me to gain some additional training benefits whilst being cautious on the return from injury. 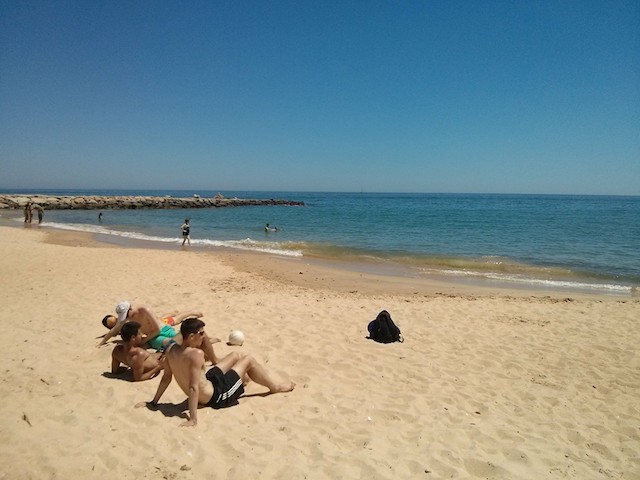 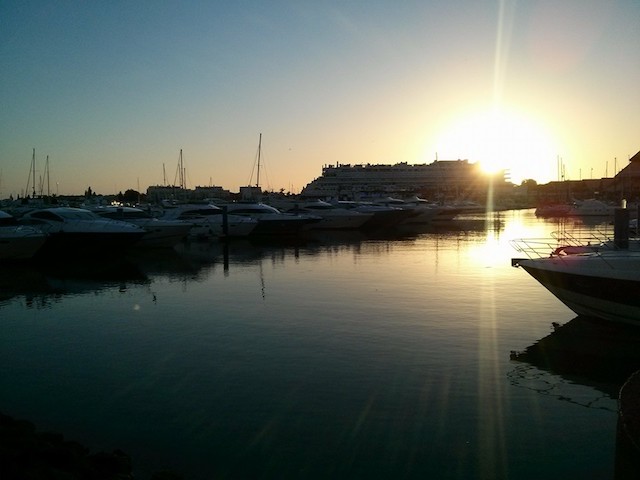 The greatest challenge of the week was adjusting to running in such a warm climate. The temperature reached 38OC on a few days and whilst this was unthinkable at the beginning of the week, by the end running was much more comfortable learning about how to manage hydration and diet for the weather. The benefits from this camp were quickly seen with my track season. 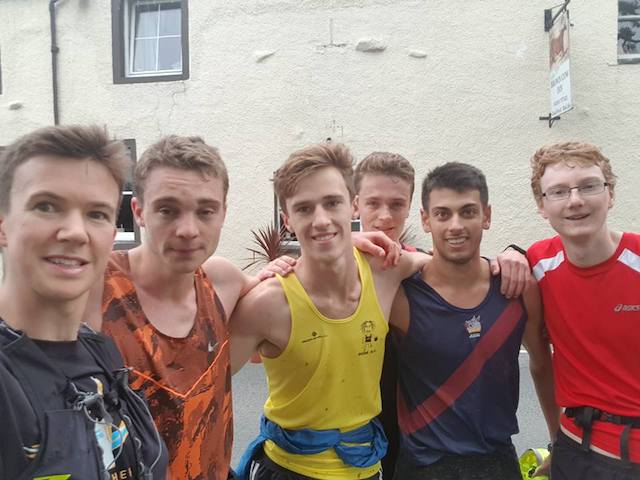 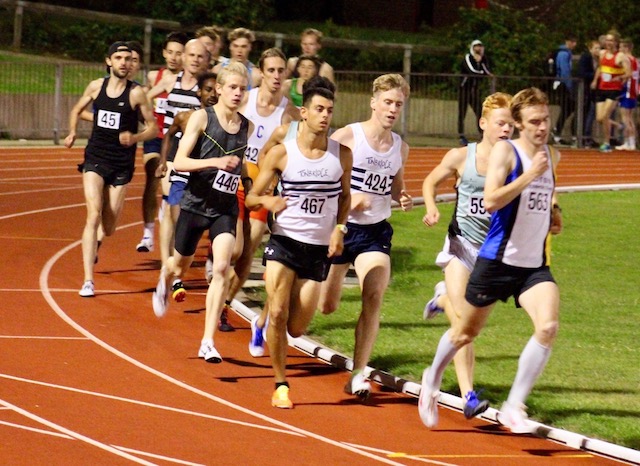 Post-camp and progression into cross country

Whilst not having the best lead-up to the camp, the solid weeks training propelled me to PBs at the close of the track season: 3:56 (1500m), 8:27 (3000m) and 14:46 (5000m), the latter being a victory at BUCS Outdoor. The week really set a good base for my training following injury and this successful summer was carried through to September with a week in the Lake District bringing the best aerobic base mileage and hill running I’ve experienced. With the majority of this up fells, in cold wet conditions I believe this worked miracles for my cross-country training.

The key interest however, is how this transferred into the cross-country season. As part of my aspiration to gain England representation there were two big races in which I wanted to perform well; the England 10k Championships (Abbey Dash) and the European Cross Country Selection race (Liverpool Cross Challenge), a few weeks later. The 10k went extremely well as part of the Leeds Regional Team. I placed 15th overall (2nd U23) in an elite field and pulled out a breakthrough-time with a sub 30 minute clocking. Not only did this show the shape I was in, it also put me in contention for an U23 England vest for Liverpool. Then disaster hit! A solid weeks training later and all seemed well until the appearance of knee pain during strS7Cength and conditioning put me out of the European selection race. This was one of the most frustrating ways to end the term after getting into such good shape. Some good news did however follow, with my home club Tonbridge AC qualifying as the GB representative for the European Club Cross-Country Championships in February after successive wins at club national road and cross relays. After three weeks of reduced training, it is good to be back training to the full and regaining fitness. Whilst injury came at the wrong time I have my mind set on the Championships after Christmas with county champs to see where I’m at and then the bigger Club champs to really target. 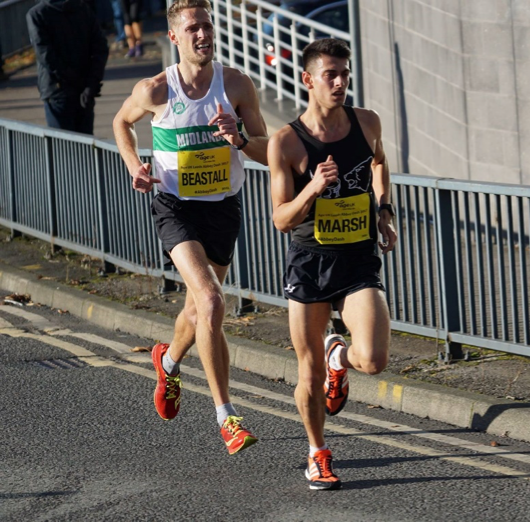 I would like to thank the excellent group of teammates from Leeds University Cross Country Club for making Portugal a brilliant training week, and coaches Mark Hookway (Tonbridge AC) and Greg Hull (Leeds Uni). Most importantly, I would like to thank the Jack Bloor Fund for making this all a possibility and helping to drive my running to new levels. I am grateful to see such progress with my running, and know that with patience even bigger results will come.