The primary goal of my trip was to be in the mountains for 9 weeks, wherever that may be in the world. This was to be my final summer holiday before the real world takes hold next year when I hopefully graduate as a doctor. This trip became feasible once I managed to get a placement with medical rescue at Mt Hutt ski field. Mt Hutt ski area in Canterbury, New Zealand was the perfect location for my trip, at an altitude of 2000m, an hours commute up the mountain, with weekly powder and around 1000+ skiers on a daily basis. I was based in a small medical room (4 beds) in the base area, working with a small team consisting of a doctor and nurse who were set up to deal with whatever injury came through the door, so I quickly came to understand the importance of effective communication and teamwork. It was the most well equipped pre-hospital clinic that could realistically be there without it looking like an Emergency department. Some days would be quiet whilst most weekends would be a continuous stream of patients, with the majority of complaints being that of the knee, shoulder and wrist, whilst also seeing a relatively high number of head and spinal injuries. My ability and confidence in recognising and managing common minor injuries has significantly improved and hopefully will help me with both my medical training as well as dealing with injured people I encounter in the hills.

The location afforded me so many opportunities to go off and develop my mountaineering skills, improve upon my skiing ability and learn more about ski patrol work including snow safety and avalanche risk. I was very much looking forward to learning how to ski tour, considering it was the perfect opportunity with plenty of willing teachers, great conditions and no time restrictions. Unfortunately, whilst indoor rock climbing at a local wall, I dislocated my right shoulder which put an end to any serious adventures we had planned. At the time I thought it meant the end to my trip, but I managed to find a silver lining. With a week in a sling, not on skis, it gave me a chance to read up on various skiing technique improving exercises, which once I was back on my skis, I cautiously worked on religiously. Unwilling to fly down pistes due to the possibility of catching an edge, falling and subsequently re-dislocating my shoulder, it meant that my short turns on steep terrain quickly improved. Once I was skiing with both poles again, and after a metre dump of fresh powder I ventured onto the south face (big mountain face), and slowly began to learn how to ski in deep powder something that I have never experienced before. It took a great deal of time, energy and a number of falls to figure out how to turn! One fall in particular was certainly memorable as I double ejected out of my bindings and flew like a pencil into the powder – my shoulder remained firmly in its socket!

Aside from skiing, and with climbing out of the question, I was still able to go out and do some easy mountaineering routes and apply some of my new found knowledge in snow safety. Two routes were highlights of the trip, one was in Arthur’s pass national park, with the summit of Avalanche peak being the goal via Rome ridge, and the other being Mt Ollivier, the first mountain that Sir Edmund Hillary ever summited in his climbing career which overlooks Mt Cook. The Avalanche peak route, was a 6am start, hiking through the bush under torchlight, until we reached the snow line when the sun rose. The route was essentially an untracked ridge walk with knee deep snow, with bluebird skies and minimal wind – it was everything we had hoped for from our first big NZ mountaineering day out. We had to be careful of cornices as the winds had changed frequently during the last week so the snow had been transported in unpredictable locations. We had some route finding difficulties at times, one occasion we opted to ascend up a snow gully rather than traverse beneath avalanche prone slopes. Meanwhile on our route up to Mt Ollivier we were battered by 60-70kmh winds as we moved onto the ridge for the final kilometre, but the sunset over Mt Cook was certainly worth the beating! That night we stayed at the Mueller hut at 1800m, and spent 3 hours melting snow for our drinks – something I’ve never done before, but now can fully appreciate the length of time and energy expenditure needed to heat such small quantities of snow.

A once in a lifetime trip combining both of my passions, that of the outdoors along with some medicine. New Zealand is an unbelievable country, with such an outdoor culture that it’s the perfect place to really get to grips with whatever outdoor pursuit you wish. The scenery is stunning, the kiwis very friendly, and the skiing sensational! I’d like to thank the Jack Bloor memorial fund for their contribution to the cost of this epic trip – it’s certainly helped the budget! Thank you! 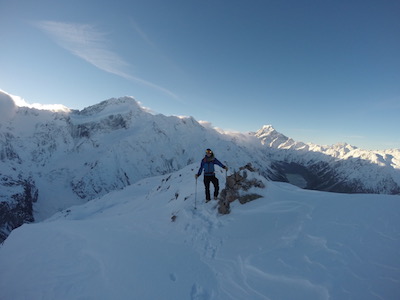 Summit of Mt Ollivier with Mt Cook in the background 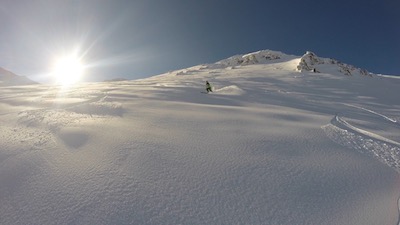 Spot for the night in Arthur’s Pass 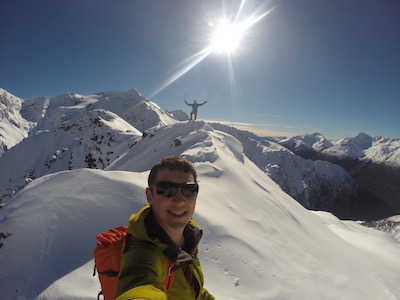 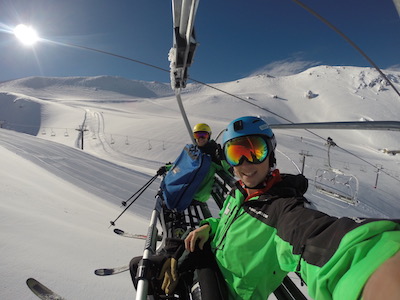 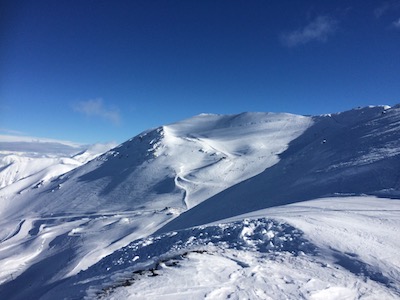 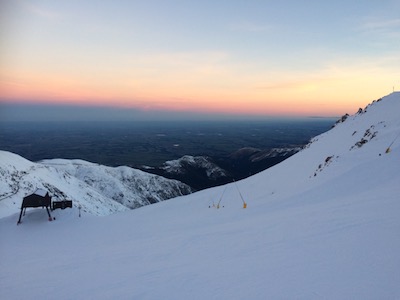 Sunset over the Canterbury plains