Five days after my first triathlon in three years, I quietly wondered if I was going mad. Armed with an Italian phrasebook and a cumbersome bike box, I travelled to Elba, a small island off the coast of Tuscany, known only as Napoleons’ place of exile. The place boasts miles of untouched coastline – primarily because it’s a right pain to get to. A plane, a ferry, and a short drive later I was building my bike in the middle of the night, ready for the start of IronTour 2017 – a five day triathlon event.

The first day was an Olympic (ish) distance triathlon – 1500m sea swim, a hilly 46km bike, followed by an off road 10k hill run. Trying to understand what was going on in the Italian race briefing proved difficult enough, but I was even more confused when I exited the water fastest of all the women – and men. These draft legal races weren’t going to favour me when the bike bunch was over a minute behind! Having the company of the lead scooter was an experience in itself, but the technical descents on the bike proved challenging and two women flew past me on the last lap of the bike. The run was really tough, I had completely misjudged the temperatures and seriously regretted the lack of fluids on the bike. I was absolutely chuffed to run across the finish line in 3rd, and even happier that the remaining four days were ‘just’ a sprint distance (750m swim, 20k bike, 5k run).

Finally rehydrated and refuelled after yesterday morning (thanks to the pizza and pasta diet – when in Rome…) it was an early start to the other side of the island for a race with a complicated logistical twist. A hill climb for the bike leg meant that transition was split, with the swim being held in a bay, and my run shoes 20k up the road. At least there wouldn’t be any problems with descents today! I once again lead out the swim, and started slogging away up the relentless incline, with the eventual stage winner passing me at 8k in and leaving me for dust. I was passed again just before the end of the bike, and was unable to chase the leaders down before the end of the run on a step filled tour of the Old Town. Another bronze to add to the collection.

Getting a reputation for being the ‘Queen of the Water’ I once again delighted the crowds in exiting the water first in a flat fast race around the centre of the island. Multiple loops on the bike with a dead turn at each end made it exciting for both spectators and competitors who could see the race unfold. The overall leader passed me just under half way into the bike, but I managed to hold off third for the rest of the leg. Buoyed with confidence from a good run the day before I couldn’t believe it when I ran nearly a minute down in to the leader, to finish only 15 seconds behind. One step higher on the podium, but more importantly, I realised the race game was changing, the two girls who had beaten me on day one and two no longer seemed untouchable – and there was still time for the overall podium to change! A celebratory BBQ on the beach that evening, I was finally over half way through.

Teary eyed and with a stomach bug I dragged myself to the main port for the fourth stage. I suddenly realised where the challenge in these races lay – it’s not just about doing five races and feeling great – it’s how you perform on those off days when you don’t feel right but still have to race. I cried into my goggles and came out the water with less than a 10 second lead, with no energy for the complicated bike leg which involved descending four separate hills, doing a dead turn at the bottom of each and then climbing back up them. I hit the run transition in 5th, my lowest position yet and headed out on the step filled race around Napoleon’s palace walls. Historically interesting maybe, but today I didn’t really have the time to appreciate it. Miraculously I gritted my teeth, found my run legs and turned the last corner back on to the promenade and into the finish chute to finish second.

Groundhog day. I can now pack all my stuff up for a triathlon in under 15 minutes and I can barely remember what it is like to not get out of bed, eat breakfast, then go and race a triathlon. Can’t get too complacent yet though, as today was the decider as to whether I finished 2nd or 3rd overall in the series. I finish 2nd, I come 2nd overall, but if I finish 3rd, it’s the bottom step of the overall podium for me… Still feeling a little delicate after Day 4, I was glad today was the final day. The sea swim was super choppy, which suited me and gave me a decent lead heading out on to the bike. Unfortunately, the bike course was the worst of the week, hairpin bends and steep descents left me clutching at my brakes whilst two girls flew past me less than 10 km in to the bike. As I started the final run leg of the week, someone screamed run splits, second place was 90 seconds ahead. Third overall it was then, 90 seconds over 5km ain’t happening any day, let alone on race day 5. About 1km in to the run, I suddenly realised I hadn’t dragged my legs round yesterday to resign myself to third place at the final hurdle, and hit the gas. I overtook second place 4km in, at the top of the hill, and didn’t look back for the last km descent in to the finish. 2nd place and second overall. Job done, rest day tomorrow I think!

Thanks to the Jack Bloor Fund for helping me finance this mighty race experience – I had an amazing time and am already left wondering where the next challenge is going to take me! 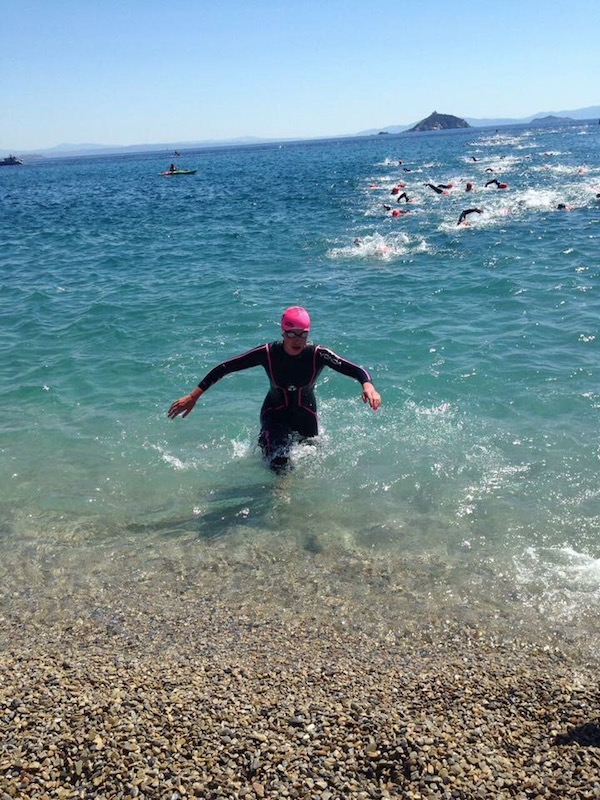 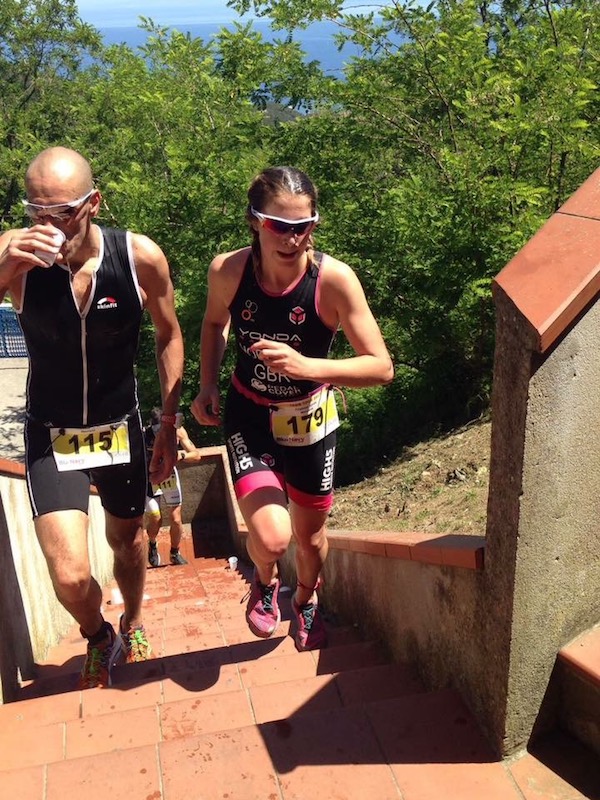 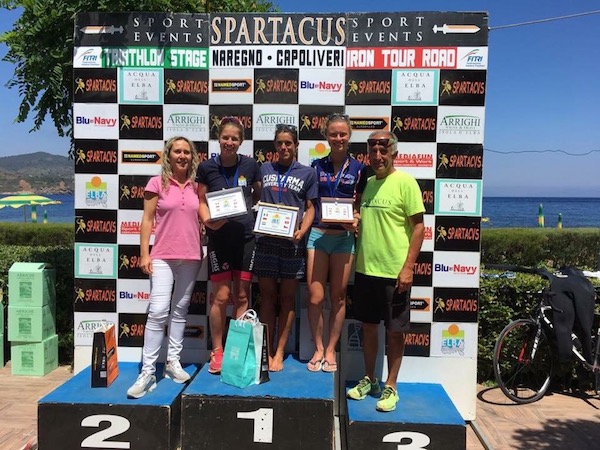