My journey to the World Lifesaving Championships started after the National UK Championships were held in February this year. From this event, myself along with 3 other women and a team of 4 men were selected to represent our club and head out to Holland in September. After the initial selection of the team, we each took part in trials to decide who would compete in what event, to allow us to gain maximum points across all disciplines within the sport. 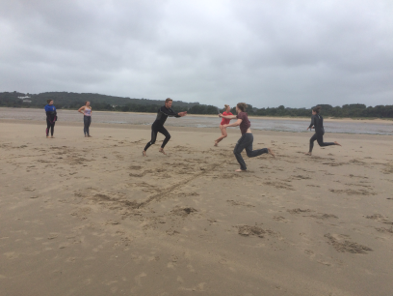 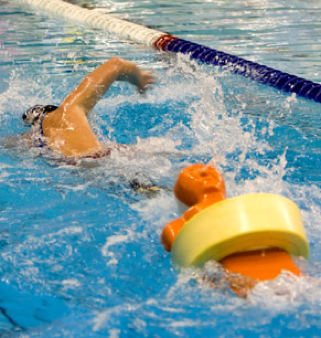 Training then began. We headed across to Wales, to do as much beach training as possible to mimic the environment we would be in at the Worlds, whilst using all the 50m-pool time possible to practice event technique and build stamina. We trained as a team every weekend, at either the beach or in a 50m pool. This was combined with 3 weekly swim sessions in our home pool in Ripley, as well as gym and land training to improve overall fitness. 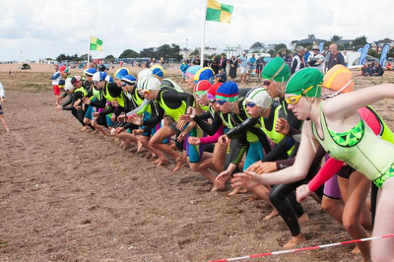 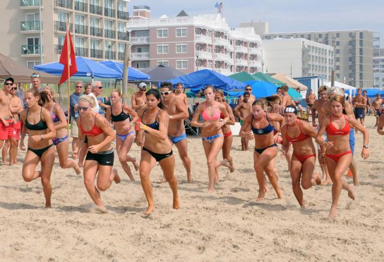 September then arrived. The week before our departure we made sure we ate well and kept up technique training rather than longer stamina sessions. Competition began on Monday 12th September, starting off on the beach. I was competing in the Surf Swim, Beach Sprint, Beach Flags and 2km Beach Run.

I felt confident going into all my events, I had prepared well and managed to avoid injuries and illness. The surf swim involved competitors running into the sea, completing a 400m course, and then running back out across the finish line. I was pleased with my performance – I successfully made it through my heats and into the semi final, where I just missed out on a final placing. Competing at such a high level offered me the chance to learn and improve on my skills just from being there. Watching the best athletes in the world compete gave me new ideas such as the best routes to follow on the course, to ensure I was swimming with the current not against it, and how best to enter the water so I was efficient and not wasting energy. The beach flags and sprint again went well – these events gave me a chance to get accustomed to the beach setting in Holland before my preferred event on the final day – the 2km run.

The 2km run semi finals began at 8am. I was aiming for a final position, so needed a top 16 finish in the semi finals to progress. After a small trip, I finished 9th and earned my spot! Before the final, I completed a thorough warm up and focused on my own race rather than my competitors to settle any nerves I had and to help deal with the pressure. The atmosphere before all finals became tense. All teams were positioned along the course offering support and encouragement, and each athlete was introduced. At this point, I new I had achieved my aim of making the final so tried to relax and enjoy the race as much as possible. My first kilometer felt comfortable, I was able to work hard through the field and the 2nd kilometer to finish 14th!

After the highs of the beach events, we had a day off to relax and travel to the pool, where events started on the Friday. The level of competition across all pool events was extremely high, with records being broken in the majority of events. Our team’s most successful event came in the SERC. This is a 2-minute test of initiative, where teams of 4 react to an unknown ‘incident’ in the most efficient yet safe way they can. Our team worked together, to quickly formulate a plan and then take action. The training that we had completed at home allowed us to know each other’s strengths and weaknesses. This meant when put under pressure we could work in a controlled way, and collaborate to get the best out of each other to improve the overall team score. We finished 12th!

My experience at the World Championships was a very positive one. Travelling to training at different venues paid off – we felt prepared which showed in our results. My ability to manage and organize the team has significantly improved, and the pressure put on all competitors at such a high-level event tested everything we had practiced. Being in the same pool, and running the same races as the top competitors in the world offers new ideas and ways to learn and improve which I will now pass on to other club members and the younger athletes aiming for the same opportunities that I was given at the World Champs. Thank you to the Jack Bloor Fund for supporting me at this event – and I hope this report has offered you an insight into what is involved in the ever growing sport of Speed Lifesaving.