Thank you very much to the Jack Bloor fund for helping towards the cost of the World Schools Orienteering Competition.
I thoroughly enjoyed it and feel my orienteering has really benefited from the exposure to new terrains.
Pippa

After spending Sunday morning training, getting used to the terrain, I was really excited about the week ahead in amazing terrains which were totally different to anything I’ve ever experienced before; it was very rocky underfoot which made for difficult running, but the absence of brambles made up for this!

Monday was Long race day. After arriving in quarantine 2 hours before my start I had a long time to prepare for my race. The race was really tough physically: 20+˚c temperatures and a lot of climb meant I was absolutely shattered after my run. I had made a few little mistakes, but just hadn’t had the speed through the terrain as the top girls and consequently ended up 8th. The rest of my team had really good runs with two in top 6 positions, so with 3 of us in the top ten, this meant we were leading the team rankings after the race by 30 seconds over Austria.

The next day there were no races and so the day was spent getting to know the other teams, relaxing by the pool and beach and then taking part in the cultural evening, where I performed with some of the other England team members in a Morris dancing routine that we had only learnt in the morning!!

Wednesday was the Middle race day. I really wanted to prove myself in this race and help the team to stay on top of the podium, so I put everything I had into the race. It was really clean to start with, but I got tired as the race progressed and my technique slipped, leading to mistakes. I finished thinking I had had a really bad run and apologised to the team, but then they told me that I was in 2nd!! As more people finished I dropped down to 5th which I was still really pleased with. Unfortunately our England team didn’t do as well that day compared to the Austrians, meaning they therefore beat us to the team title by 1.30 mins after the two days of racing. We still got a massive trophy to bring home though, which made all our efforts worthwhile and a great end to what had been such an amazing week.

Thursday was the Friendship Relay day through the town of Kemer. I had been put with a girl from Sweden and a boy from Austria. Having been given the map 30 mins before the race started, we were able to decide who would collect which controls, and then arrange to meet up at the 3 compulsory controls. We managed this fairly well and ended up a creditable 43/178. This race is supposed to be about making friends and enjoying yourself rather than winning, but seeing 50 people fighting over my first control made me think otherwise!

I had an absolutely great time and have made friends from so many different countries that I will hopefully be able to stay in touch with for many years to come. Thanks to all the coaches from England who made the trip possible, and all the organisers in Turkey for organising such a fantastic event. 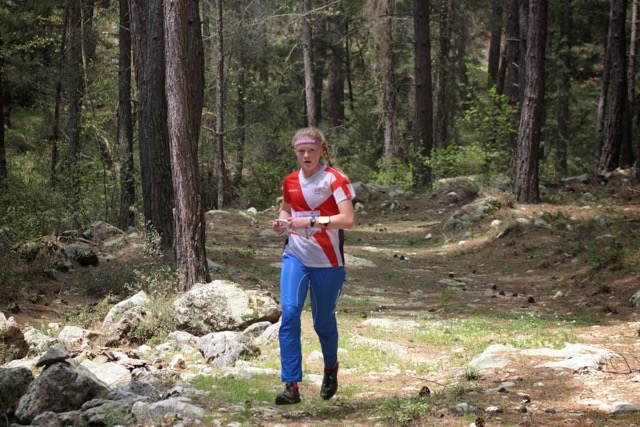 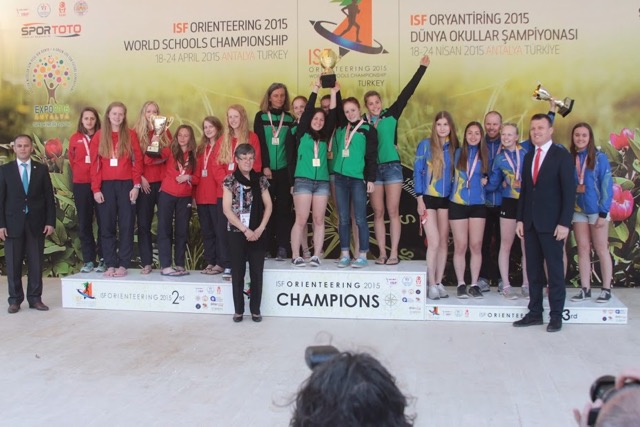