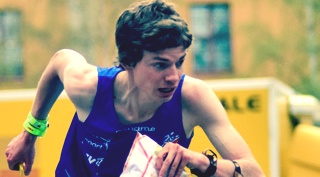 Story
Made the achievement of his life in the Nordic Tour opening race in Oslo – which was also a World Cup race. Smithard took the lead from an early start and held it for 45 minutes. In the end it was good enough for a podium place – finishing 4th. When asked about his feelings after the race, the answer was “- A bit shocked to be honest. I knew it was a good race technically, but I didn’t think I was running quickly enough for a result like that”. Smithard won the British Championships sprint in 2012, but has struggled with injuries at times.

You can vote for Chris here and find out more information http://poll.worldofo.com/poll2013.php?poll=poll13m