The trip started with a 4am wakeup call and before I’d woken up fully the entire England team consisting of 40 athletes and 8 coaches were airborne and headed for Portugal. Two years ago I went to the World Schools in Trentino Italy; it was one of the best trips of my life, I couldn’t help but anticipate another great week. As we approached Faro airport the excitement built. The golden sands of the Algarve stretched for miles into the horizon as we began our descent. On arrival the England team were greeted and bussed to our accommodation in Monte Gordo a small town close to the Spanish border. That afternoon we unpacked before heading to the beach which was just 50 metres from our hotel. In the evening we spoke to some of the other nations as everyone was staying in the same hotel.
The next day we went training in areas similar to the Long and Middle distance races. It was a great opportunity as both training areas bordered onto the actual race maps so provided an accurate idea of what we could expect. In the morning we trained on the Long model area. I ran a few of the controls, and then jogged around the map to view different sorts of features and vegetation in order to assess how things would be mapped. In the afternoon we moved to the middle training area. I went around the course getting a feel for the area.
Quarantine for the middle race was located just 250metres from the hotel. Once there I chilled out listening to music and chatting as I had over an hour until I ran. My warming up went well and I felt prepared on the start line. The first control went well. After that I threw away two minutes on number 2. My bearing was rushed and my distance judgement poor, I paid the price. After that I pushed hard but struggled to interpret the 2.5 metre contours in low visibility vegetation and lost a bit more time. At the finish I was bitterly disappointed. I hadn’t been in control and lost contact with the map several times. I was surprised to finish 14th, evidently others had come up against the same challenges. I was also second counter for the England M1 select boy’s team. It was great to watch Dane Blomquist a member of the England Team collect his gold medal. He had a great race and came joint first, with a top quality Swedish runner. 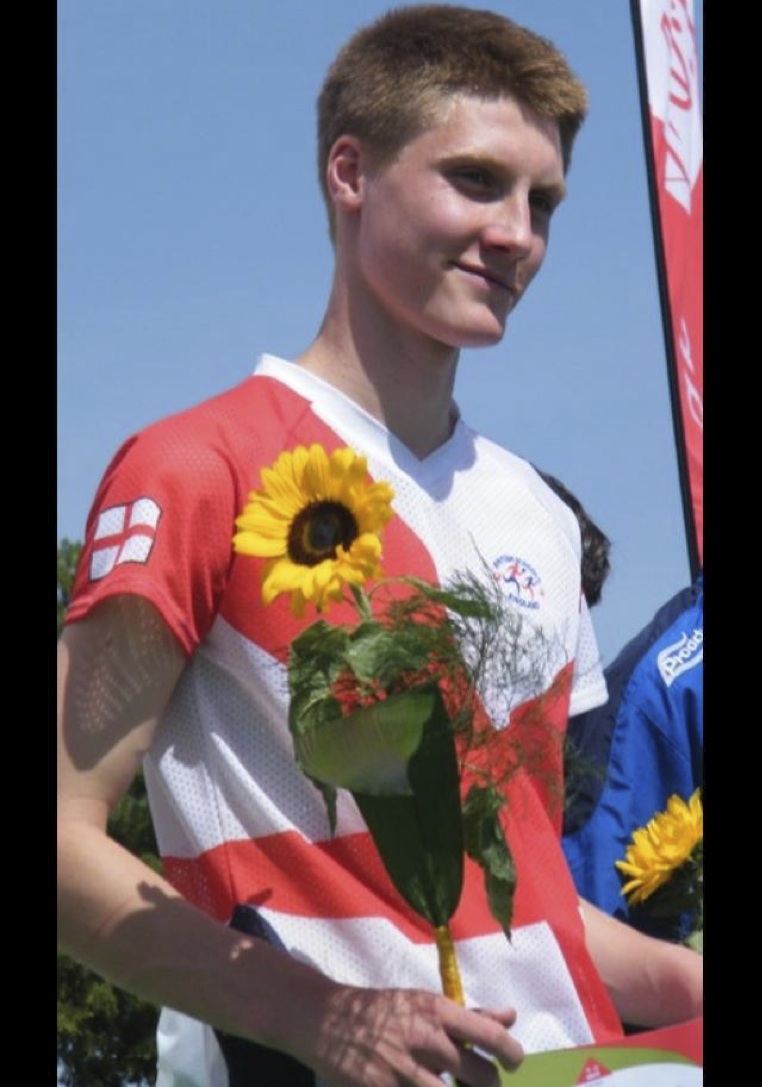 After a disappointing middle distance race I was looking forward to the long. I enjoyed the ‘Cultural’ rest day on which we visited a typical Portuguese town but couldn’t wait to race again.  The open hillside of Santa Rita wasn’t so dissimilar to some British areas and I knew it would play to my strengths. I wanted to have a clean run and stay in control. I started well and was pleased with my execution of the long leg. I lost a bit of time going to 8 but continued to attack the physical terrain and spiked the rest of the controls until 18, where I lost about 30 seconds as I thought I was in the southern re-entrant.  When I finished I was in first place. I knew this wouldn’t stand as I’d made some mistakes and the later start times would provide quicker runs as the vegetation continued to be trampled. I finished in fourth, I am really happy with my position, and satisfied with my run.
After the long distance race we had free afternoon, me and a few other senior boys and our coach went for a short recovery run along the sea front, stopping to cool off in the beach showers! After that we chilled out for a few hours in our room and by the hotels swimming pool.
The Last race was the friendship relay, after finding my team mates a Slovenian boy and a Spanish girl we collected our maps and worked out who would get which controls. The friendship relay is basically a fun team score event to round off the week. There are 3 compulsory controls that all team members must visit, at the same time.  The rest can be divided, with the best runner going for the most or all the further controls. Teams are decided, based on performance in the individual races, to create even teams. In order to do well good planning is essential, with everyone collecting enough controls to converge at the compulsory controls at the same time to reduce waiting times. I was blessed with team mates whose English was particularly good which helped… a lot. We finished in the top 40 out of over 150 teams an improvement on my place in World Schools 2011 Friendship Relay. Great Fun!
That evening team medals were presented at the closing ceremony. Many English Teams were on the podium with The Junior Boys Select claiming Gold. The senior boys myself included, had clinched 2nd place under a minute behind the leading Slovakian team. It was amazing going up as a group, and it felt great to earn our great coach Ben Chesters a medal, for all the hard work he had put in throughout the week. After the closing party, and saying good bye to our everyone, (this included sneaking out at three in the morning to send off our Latvian friends from the balcony below, who were getting an early flight) we headed to bed.
I thoroughly enjoyed the week and would like to thank all the English coaches, particularly Dave the head of delegation and also our team coach Ben. I would also like to thank the Jack Bloor fund who continue to support my orienteering endeavours, and also the British Orienteering Support Fund whose money allowed me to travel to, and train in some appropriate sand dunes areas prior to the competition.
Joe Woodley
(Airienteers) 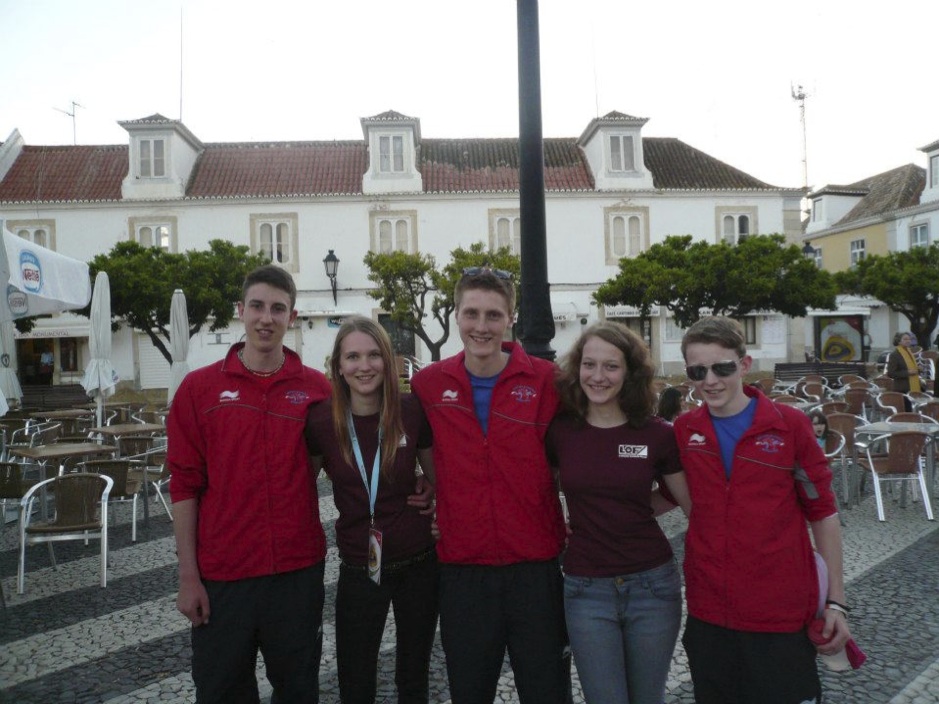