‘On Top of the World’ (nearly!) down-under – Mary Wilkinson
The 2005 Mountain Running World Trophy in Wellington, New Zealand provided those involved with the opportunity to test their running skills against the best mountain runners in the world in an amazing country. Once the 30 plus hours of travel had been negotiated, the course in the heart of Wellington city (not your usual ‘back-of-beyond’ fell running destination!) proved to be a real challenge. The races were based on a 4.6km loop from the promenade to the summit of Mount Victoria and included some very tough climbs and equally fast descents. The senior ladies were required to scale to the summit twice to complete their 9.5km course. The men had the unenvious task of negotiating the lap three times!

The event was designed to be spectator friendly in an attempt to raise the profile of the sport and with an estimated 10,000 strong crowd it would appear to have achieved this aim. Personally, the deafening cheers of support we encountered all the way around was hugely motivating and something I will never forget. It really felt like I would expect running in a major stadium based championship to. Having arrived in Wellington two weeks prior to the race, with my team mate and great friend Victoria Wilkinson we were able to recover fully from the travel and become very familiar with the course, an advantage that would be hugely important due to the tight turns and insecure footing. Although preparing as well as possible for the championships was my primary goal while in New Zealand, being there for a period of time before also enabled us to see a bit of the country and what an amazing place it appeared to be. A paradise for anyone who loves the outdoors. Wellington city was, well, a city! The atmosphere was very laid back and cosmopolitan, with many distinctive areas to explore and discover. The coffee shop scene was also pretty good! However, the real enjoyment was derived when we escaped the city and made our way into the country. The scenery was amazingly beautiful and spectacular, ranging from exposed coastlines and rugged mountain ranges to rolling agricultural land filled with the infamous New Zealand sheep! The people were also very friendly and always welcoming. There were opportunities to explore by so many means, walking, cycling, kayaking and four-wheel drives to name but a few. I must go back!

The only down- side was the weather. Following an unseasonably warm and sunny first few days, the cold, wet and windy weather more familiar to the UK set in and I certainly learnt why Wellington is known as the ‘Windy City’…on several occasions I think I was actually going backwards rather than forwards as I attempted to train! Having said that, I had forgotten that it was in fact still their winter and underestimated the warm clothing I would require, perhaps being a bit too optimistic of a warm, sunny break! Luckily, on race day the sun shone and due to the majority of the course being in wooded areas, the wind had little effect. As the competing teams started to arrive in Wellington, the championship atmosphere began to build and the swaps of team colours wandering through the streets ensured that the focus returned to the main event and final preparations were undertaken. A final blast over the course, an analysis of the opposition, a preparatory massage and the most enjoyable carbo-loading and I was as ready as I ever would be. The rest of the England team were equally focused and the vibes in the accommodation were hugely positive and a great team sprit had developed. The opening ceremony involving the parade of nations through the city served as the final switch on to race mode and the Maori welcome and prayers proved to be hugely inspiring. Bring on the race!

The ladies were in the unusual situation of being the last race of the day, meaning a long tense wait for the start at 3pm. It did however mean that we had the support of all the other team members who had already competed, which was great. Once the race started, all my pre-event nerves seemed to vanish and the racing instinct took over. Running in an England vest gave me a huge sense of pride and I wanted to make sure I did it justice. Feeling that I was moving strongly and was positioned well up the field increased my confidence and as I commenced the second lap I found that I was moving further towards the front. Commencing the final decent, the hard work had been done and it was a matter of letting it all go, in a now or never manner and ‘flying’ to the finish line. The British athletes certainly seemed to be much happier on the down hills than their European counterparts or perhaps its just that we have less common sense regarding the risks! Crossing the line in 4th place at the World Championships behind home town girl, Kate Mcilroy, Scotland’s surprise package, Tracey Brindley and former champion and pre-race favourite the Czech Republic’s Anna Pichtrova, was a result I could only have dreamt about at the beginning of the year, when I was ecstatic to have been selected to wear the blue and white of Yorkshire at the Fell Running Inter- Counties. With very solid performances from my team mates (Natalie White, 15th, Christine Howard, 29th and Victoria Wilkinson, 31st) the team was in the shake-up for a medal, and only missed out on count-back for the bronze which was claimed by the Czech Republic behind Italy and Scotland. Obviously an individual or team medal would have been a perfect finish to the day, but fourth place in both is still an amazing achievement and has just served to motivate me even more to get back to the hard training and build on the success of this year. 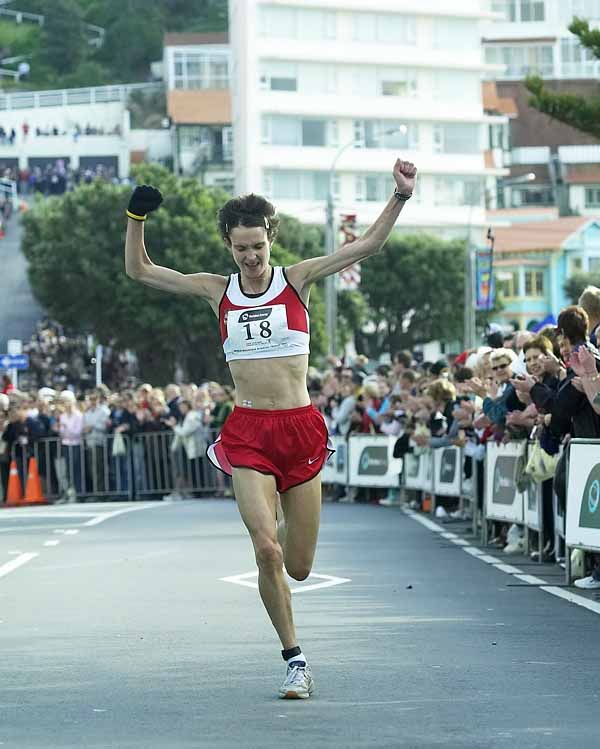 I am very proud of the achievements I have attained this year and would really like to acknowledge the support I have received from the Jack Bloor Fund which enabled me to participate in the World Mountain Running Championships. Without the contribution from funds such as this it would be very difficult to fund trips to this type of event, involvement in which is crucial if athletes are to make an impact and progress at an international level. It has taken me many years to reach the level of performance I have demonstrated recently. Having only returned to running seriously 18 months ago, I previously dabbled with many other activities and really enjoyed these without gaining any real success. I hope that other people and especially the younger athletes who will be applying to the fund in the future can take inspiration from this and encourages and motivates them to continue working towards achieving their personal best. Finally, I hope that I can build on the success of this year and continue to positively represent the involvement of the Jack Bloor Fund in my attainment of this.