2019 had been a good year for me, some would see it as a natural progression which I had shown year upon year since I started racing. For me it was a massive leap, I was a lot more consistent and I finally was beginning to understand what I wanted out of the sport and the processes that would allow me to get there. I’d added several victories to my palmares, including the Elite Yorkshire Road Championships and had made a good showing in the 14 national A races I’d entered – only twice finishing outside of the top 30 – coming 5th at Ilkley GP and 10th at the prestigious Lincoln GP.

One of the main things I believed had set me up for a solid season was my time spent in Calpe in January and February. I always had it in mind to repeat this but my student loans had run out and unforeseen issues with bike sponsorship had set me back a fair bit. I’d heard about the Jack Bloor Fund via word of mouth and this, in addition to working 32hr weeks through December, helped to fund a memorable trip.

Calpe is a very desirable destination for a number of reasons; it is the warmest location in mainland Europe in January for a start. The roads are much smoother and the climbs are ideal for efforts. I was there for 5 whole weeks so I couldn’t just ride myself into the ground, I needed a plan…

Until the previous year I suspect many in the peloton (If they had heard of me at all) regarded me as ‘that hillclimber’. A hillclimb is a short time trial up a hill. In 2015 I had won the British University Hillclimb almost by accident and the following day claimed the under 18s British title. I followed this up with many more victories, another British Uni Win, 4 yorkshire championships and potentially my highest moment as bike rider; 3rd in the Senior British Championships in 2017 (one of the youngest ever to stand on the podium).

Strangely I felt rarely able to use that ability in British road racing and there aren’t many finishes hard enough to ride like that anyway.

The thing about road racing is that it’s not necessarily how hard you can go but how hard you can recover. An ideal race would see you only having to make one big effort timed to perfection but in reality you may have to follow a lot of other moves or you may commit to something that doesn’t come off. My main focus in Calpe was to improve the efficiency of my recovery. Another element I prioritised was my sprint. Having a good 10-20 second effort in you is important, it means you can win races when you aren’t in the best shape as long as you can get into the front group. My final focus was on completing efforts when heavily fatigued – I’d do this by generally placing my harder efforts towards the end of a ride and harder rides towards the end of a block. The season is a long one and despite internal and external pressures to do otherwise, I refrained from focusing too much on my top end using the energy saved to do longer rides instead.

In November I’d sent a message to a former-pro I had met on my travels last year, he was quick to respond and soon I had my flights booked and a place to stay. As we passed through Christmas and the New Year I was getting increasingly excited for the trip, I love travelling and I was looking forward to a more relaxed vibe. The villa was well equipped with two kitchens, a large garage and space to stretch and maintain the bikes. Most of the other riders were fulltime and had also come on their own and throughout my time there I met some amazing people and made many good contacts for the future. Staying in the UK I simply wouldn’t be subject to this level of exposure.

In the first few weeks the weather was still fairly cold and there were even patches of ice on the higher climbs. Even so the riding was spectacular and time seemed to fly by – many riders say it’s almost as if you’re given the first hour for free. As we entered the third week a huge storm ravaged the coast, this was ideal as it created a couple of days of forced rest and allowed me to freshen up for the rest of my time there. The last two weeks were near 20C most days and you could set off in shorts and Jersey.

My favourite block of training I did was the last one before I began to taper off for the plane journey back.The theme of the block was to simulate the massive fatigue built up during a 3 day stage race where it isn’t quite long enough to have any easy days.
On the first day I did 5hrs with no efforts, just a slight constant pressing on meaning that the girls and younger riders could just sit on my wheel. We started down the coast keeping it flat before getting a bit bored and turning inland in search of some bergs.
On the second day I set off solo doing another 5hrs but this time with three 15-25minute hill efforts where I’d do 1 minute hard followed by 1 minute harder, simulating the point in a big race when a big team begins to put the pressure on.
The final day I can honestly say was one of the best days I’ve ever had on a bike, I had 6.5hrs to do with 6x30seconds all out efforts in the last hour. We set off in a big group and I even did quite a big effort winding up my friend who’s a little heavier than me on one of the uphills. The large group split after 3.5hrs and I did a further 40mins with two others to a cafe where we lost track of time and ended up sunbathing for nearly two hours! After this I set off and I clearly hadn’t eaten enough as I was feeling very light headed. For some reason I then decided to go up the Cumbre del Sol – one of the steepest climbs in the region – and basically mowed through about 5 bars and a couple of gels on the way up. After a brief pause to take a photograph I was off again and actually felt amazing, I smashed my efforts and the only thing that stopped me from rounding it up to 200km was the fact it was getting dark!

Coming back from Calpe I had a very easy week followed by a 10 day block of high intensity and then another taper before I jetted off to Rhodes. I came 22nd in the UCI 2.1 Rhodes GP which was a little too flat for my liking but I felt good and this was mainly my preparation race for the UCI 2.2 Tour of Rhodes which was the next weekend. In the tour I was always near the front and on the queen stage I got in a move on the hardest climb, we got a maximum gap of 90 seconds but unfortunately I crashed on the top of the descent 40km from the finish, luckily I was able to rejoin the peloton and we caught the breakaway. I was too badly hurt to contest the sprint but managed to finish 20th on GC in the same time as the winner only separated by bonuses at the finish and intermediate sprints.

The week after, still injured from my crash and with a little bit of a cold I came 14th in the Roy Thame Cup. I missed the move and committed a lot to get across, I felt pretty bad that day but there was a background strength that I wasn’t used to, so I knew there was a lot to come. The day after, feeling even worse, I won the Magnificent 7 event in Sheffield. This was the last race I did before the Covid lockdown. I’m hoping to maintain my form but also increase my strength and aerobic base whilst waiting for races to resume.

All in all I came away with what I wanted and more from the Calpe trip. Despite training like a pro and having several UCI races in my calendar I am an entirely amateur rider and it’s schemes such as the Jack Bloor Fund that help me take steps towards my dream of becoming a professional and travelling the world to race. 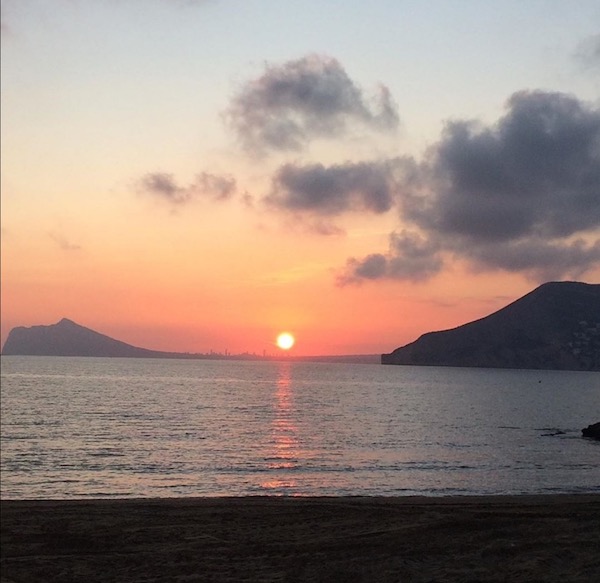 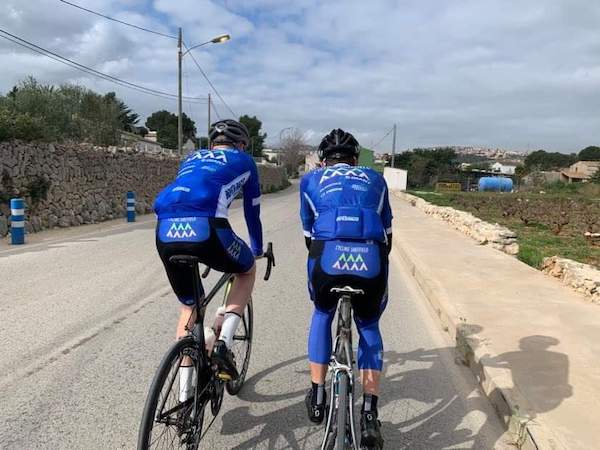 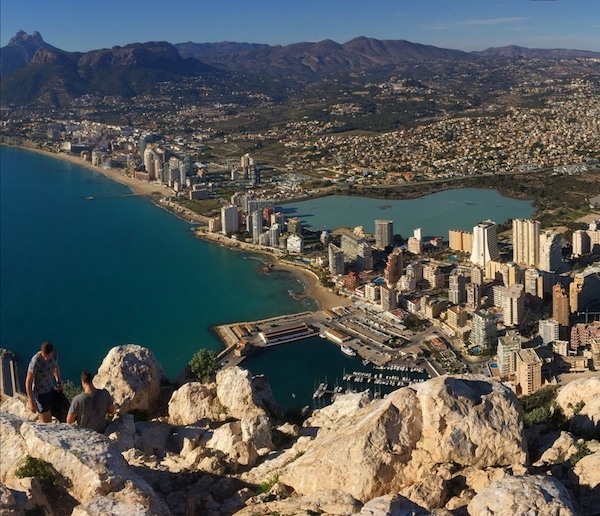 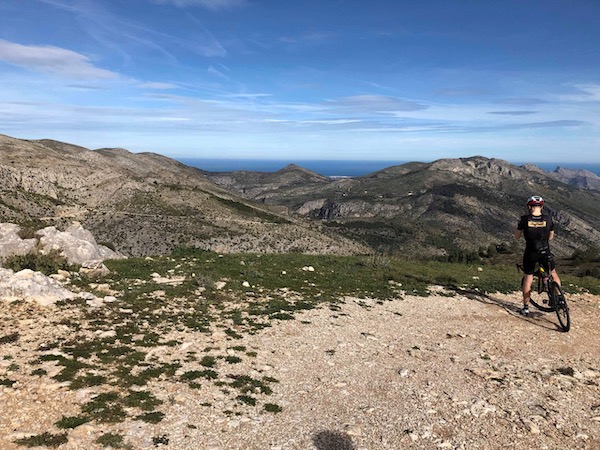 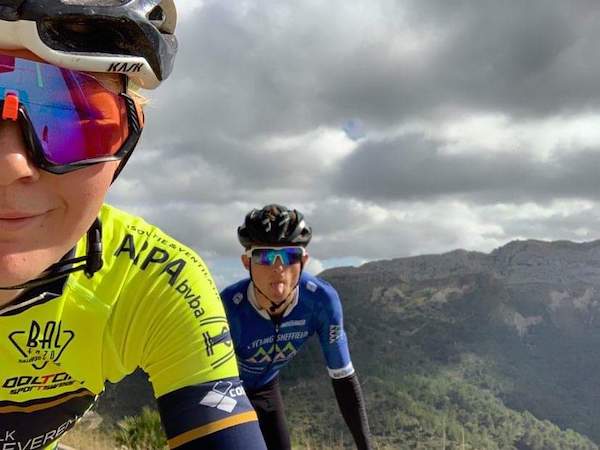