With the un-characteristically warm weather attracting flocks of tourists and road-works putting a spanner in our timing schedule, we arrived at the course on Saturday morning without having seen the route. Nevertheless, the course was well marked and not too technical, following a ridge line to the summit before doubling back and heading to the foot of the hillside. Having spent a week training in the mountains in Lombardy at altitude, I felt confident that I could run well in the unexpected surge of heat. Having had a couple of strong sessions with our training group in Leeds in the run-up to the race, I was prepared for a fast race and the extra descent which mirrored the upcoming Worlds course in Argentina. The grassy slopes gave good traction and I was able to follow my coach’s advice (Andy Henderson), gradually pushing on throughout the race and focusing on the steep descent to finish 38 seconds ahead of second place.

As the British Athletics policy allows the top two first finishers to automatically qualify for the U20 World Championships in Argentina, November, I am delighted to gain GB selection. I am very grateful to the Jack Bloor Trust for their continued support which has greatly assisted my training and race preparation, helping me towards my first British title and an enjoyable day of racing. 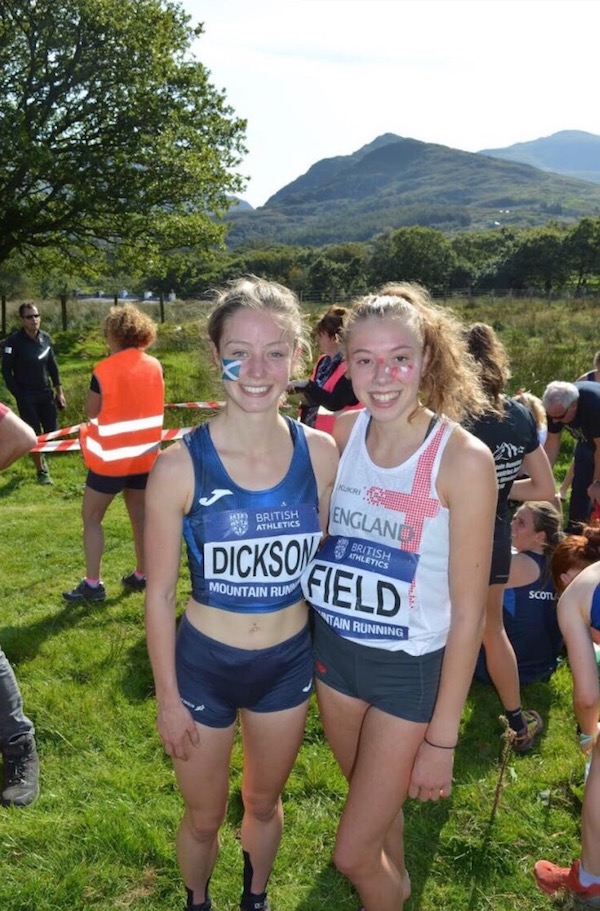 Myself and Emily Field, one of my training partners from Leeds, who finished in second!! I was running for the Scottish Junior Women, who also won the JHI team gold.