On the 1st of July the GB team flew out to Norway for the Junior World Orienteering Championships, it was a strange feeling knowing that 9 months of preparation, training and racing had  led to this single week at the start of July.
The first race up was the sprint; I wasn’t expecting much in the way of a result and was just hoping for a run I could be happy with, a good first section including a strong time for the long leg 2 saw me in 9th just before the spectator control. But then 2 big mistakes on controls 9 and 10 saw me drop down to 59th. From then on I knew it was race over and cruised round the second half to come in 66th but not hugely disappointed.
The second race was the middle qualifier the next day. With my best domestic results of the year coming in the middle distance this was the main aim for me and I had high hopes of making the A final. Unfortunately, despite setting off very steadily to make sure I got the navigation right I still made to big mistakes on controls 3 and 4. The rest of my race wasn’t too bad and I pulled up a number of places but not enough to get back into the top 20, coming in 26th and a minute outside of qualification.
The middle B final, not what I’d been hoping to run in so no pressure or expectation. Just running to enjoy it. I set off a lot quicker than the qualifier and though I made quite a few mistakes I enjoyed it a lot more than the qualifier.
After 2 days off (I hadn’t been selected to run the long) I was running first leg for the B team, the main aim being to beat the A team. I had a very average run to come back 14th nation on first leg, my next two runners had good runs to end up 10th nation, a result I could actually be happy with, and more importantly, comfortably ahead of our A team.
Whilst I didn’t get the results I wanted from the week I had an amazing time and it has left me incredibly motivated to achieve my goal next year of getting selected for the World University Orienteering Championships. And I would like to thank everyone involved with the Jack Bloor Fund for helping me to take part. 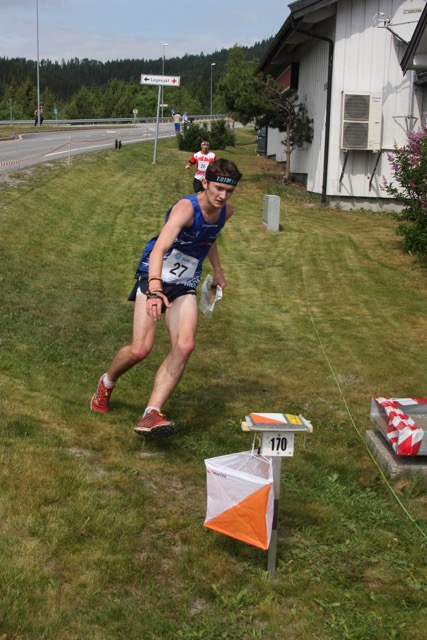