The 24th running of the Jack Bloor memorial race sponsored by The Complete Runner of Leeds Road, Ilkley was run on a delightfully sunny spring evening following a week of dry weather, and a record field of 232 runners enjoyed Ilkley Moor at its best. Conditions were perfect for fast running with the moor dry underfoot, but soft on the descents. 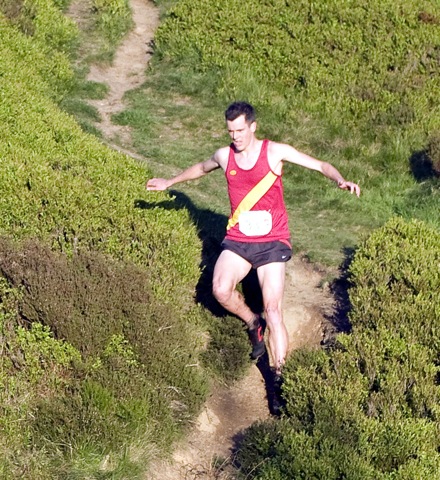 The senior race proved to be a two man tussle between Graham Peace of Pudsey and Bramley and M. Roscoe of Leeds City. Graham had to come from behind on two occasions due to better route finding by following runners. Third was T. Edwards of the Dark Peak club from Sheffield. First veteran over 40 was also M. Roscoe, whilst the first veteran over 50 was Ian Rowbotham of Ilkley.

The team competition was won by Pudsey and Bramley, with Ilkley Harriers second and Keighley third.

The ladies race was won by last year’s winner Lizzie Adams of Knavesmire in a desperate sprint finish with Jo Waites of Calder Valley. Local Runner Heather Dawe was third. Gill Myers took home the Mike Rose Bowl for the first lady over 40. Ladies team prize once again went to Ilkley Harriers who are one of the strongest female fell running clubs in Britain.
It was particularly nice to welcome back one of Jack Bloor’s sons, Roger, finishing in 146th place. Roger had returned from Australia to visit family, and decided to sample Ilkley Moor once more before his return home.
Also, how good it is to see so many enthusiastic locals running who are not affiliated to any club, there purely for the enjoyment and challenge of running over the hills of Yorkshire.

The junior races had a field of over 120 runners for classes from 6 to 16 years old. 6-7 boys was won by Logan Hargreaves-Madhas with Beth Morley winning the girls. Local runners Charles Smith and Sarah Pickering won the boys and girls 8-9 in a record field of 46 runners, whilst James Hall and Nicole Narey took the 10-13 age honours. The smallest field for the 14-16 class was won by Bradley Chapman of Ilkley Harriers with Guiseley runner Beth Woodley of Skyrac and Airienteers winning the girls for the first time.
As ever, many unattached runners from local families turned out to demonstrate that children enjoy being taken out of their comfort zone, and adventure running on the moor is an attractive alternative to children’s television. 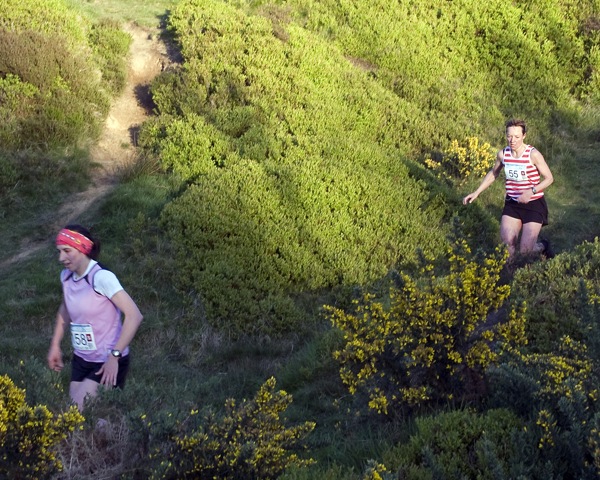